T’s Titans defeated Fastbreak 48-17 yesterday for the Say No League high school division title. The Titans got off to a fast start, and never looked back. Their strong defensive play disrupted Fastbreak’s offense, and their own cache of shooters kept knocking down shots through all four quarters. Titans Coach Therese Berner was extremely pleased with the efforts of her team.

“They played flawlessly – I couldn’t have asked for more,” Berner said. “It wasn’t that Fastbreak played badly, but we just played so well today.” 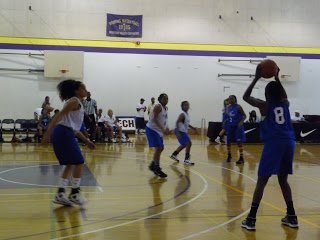 The Titans (blue jerseys) dominated the game from beginning to end. 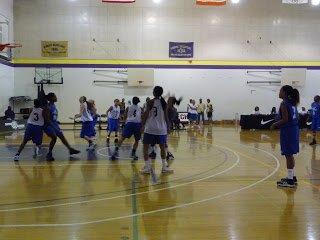 Fastbreak battled valiantly until the end.