When all was said and done today, it was Fastbreak 44, LA Spirit 31.

Both teams were without 1-2 of their key players, so it was an even matchup. Fast Break got out to a strong start, but towards the end of the first half, defending champs LA Spirit went on an 8-0 run, cutting Fastbreak’s lead to two. After a timeout, Fastbreak again hit the gas.

During the second half Fastbreak continued to dominate, even as play between the two teams got rough and the referees seemed hesistant to call fouls. Towards the end of the period, LA Spirit made a couple of mini-runs, but Fastbreak responded each time. They never trailed in the game.

Player of the game goes to Fastbreak’s Crystal Givens-Johnson, who stepped up when a couple of her teammates were struggling and began putting up shots and pulling down boards. She is a fun player to watch because of her obvious passion for playing.

Tune in tomorrow for coverage of the high school championship game. 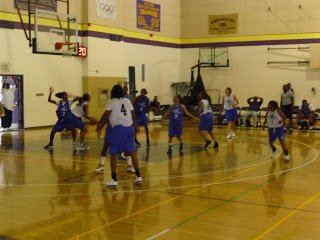 In the first half, Fast Break (white jerseys) built a strong lead from baskets such as the one above. 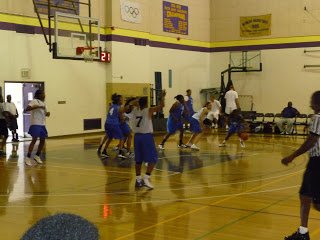 LA Spirit, shown above in the second half, was hustling hard…….. 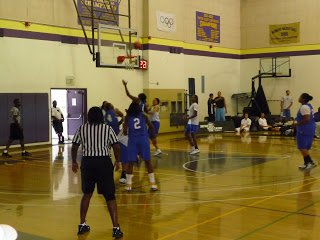 ……but often failed to finish the shot (above). 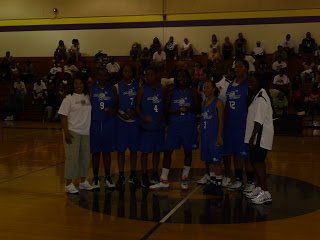 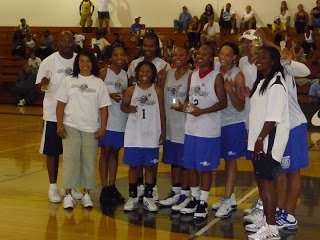 New champs Fast Break are all smiles. Say No League director Rhonda Windham is at left.