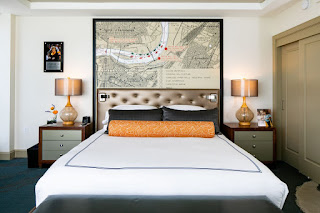 “The Pat Summitt Suite is an enduring tribute to a legendary leader,” said Nicholas G. Cazana, innkeeper at the AAA Four Diamond-rated The Tennesseean Personal Luxury Hotel. “We wanted to honor the late Pat Summitt in a way that would be lasting and appropriate for an iconic coach and native Tennessean who did so much for Knoxville and the University of Tennessee.”

Summitt coached the Lady Vols basketball team for 38 years and won 1,098 games and eight national titles with a graduation rate of 100 percent. After her diagnosis in 2011 of early onset dementia, Summitt and her son, Tyler Summitt, formed The Pat Summitt Foundation to raise funds to support Alzheimer’s patients, caregivers, and clinical research. Pat Summitt died June 28, 2016, at the age of 64, and her foundation continues the fight to find a cure.

A portion of all room rates from the suite will be donated to The Pat Summitt Foundation. The Tennesseean is located at 531 Henley St., alongside World’s Fair Park and within walking distance of the UT campus.

Patrick Wade, executive director of the foundation, thanked The Tennessean for the high-profile partnership in downtown Knoxville.

“We are grateful to The Tennesseean for creating the Pat Summitt Suite and joining our efforts to help Alzheimer’s patients and caregivers, and to advance clinical research,” Wade said. “A partnership like this not only raises awareness, but also allows visitors to the hotel and the Knoxville area to become even more acquainted with the foundation and Pat’s legacy in the fight against Alzheimer’s disease.” 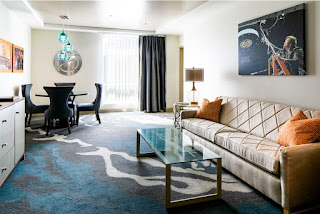 Among those in attendance for the official opening were former Lady Vols, including Shelley Sexton Collier, who spoke at the event, members of the current Lady Vol coaching staff, UT representatives, community leaders and elected officials.

“I am grateful to be here to both see this suite in person and honor my coach,” said Sexton Collier, the captain of Summitt’s first national title team in 1987 and the Lady Spartans head basketball coach at Webb School of Knoxville, where she has won six state championships. “Pat’s influence guides my thoughts and actions to this day. I hope everyone who stays in this suite will leave with an appreciation of how special Pat Summitt truly was and how she continues to make a significant impact on the lives of others.”

Heather King, who designed The Pat Summitt Clinic at the University of Tennessee Medical Center, also handled the interior design of the suite. 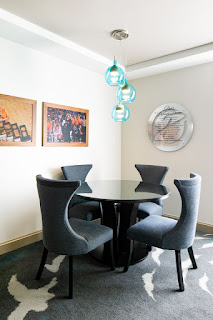 Design features of the suite include:

• Natural wood elements in the chandelier, lamps, living room sofa and side chair to represent a wooden basketball court.
• Large wall graphic at suite entry outlining Summitt’s basketball accomplishments.
• Living room sofa upholstered in fabric from Luna Textiles, which also is used in The Pat Summitt Clinic. Luna Textiles founder and creator Anna Hernandez lost her battle with Alzheimer’s disease on Oct. 30, 2016, at the age of 56.
• Sofa tufting on seat and back reminiscent of a basketball goal net with orange and white fabric.
• Graphic element outlining Summitt’s “Definite Dozen” rules for success.
• Images from her esteemed coaching career.
The announcement of the Pat Summitt Suite coincides with World Alzheimer’s Month, an international campaign by Alzheimer’s Disease International (ADI) in September to raise awareness and challenge the stigma that surrounds dementia.
“Pat Summitt was a Tennessean to the core, and her death from Alzheimer’s disease affected all of us,” Cazana said. “By opening this suite, we can participate in efforts to raise research funds for a disease that has devastated far too many families.”

For more information about The Tennesseean and to make reservations, visit http://www.thetennesseanhotel.com or call 865-232-1800. 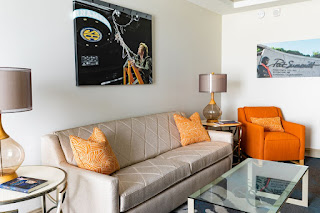 About The Tennesseean Personal Luxury Hotel and Residences 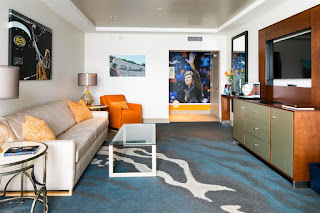