The Aztecs, hampered with injuries, dressed only nine players to 12 for the Trojans, but they outplayed the visitors in every statistical category including assists and rebounds. USC never lead after the 16:27 first half mark.

Full photo gallery, including the pictures below. 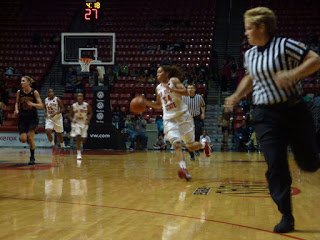 Courtney Clements storms up court for the Aztecs in the first half. She finished with 25 points. 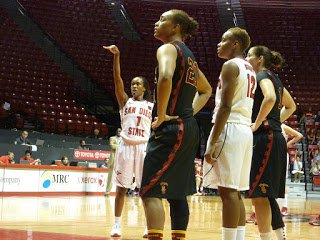 Chelsea Hopkins ices a free throw. The point guard had 13 points for SDSU. 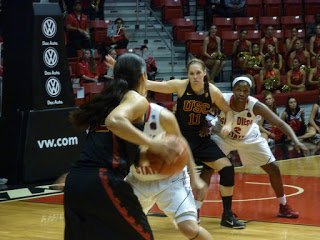 Kiki Alofaituli tries to get the ball to Cassie Harberts.