I went to Redondo Union High School today to catch the first day of the California Storm Summer Shootout.

In the first of two games I watched, Cal Storm Black and Cal Sparks Gray faced off. Both teams played each other hard and kept the score within two points either way until midway through the first half, when CSG pulled away and never looked back. They have strong full-court pressure defense, which unnerved their opponents. CSG guard Destinee Brown lead her team with 21 points. Final score was CSG 54, CSB 40. 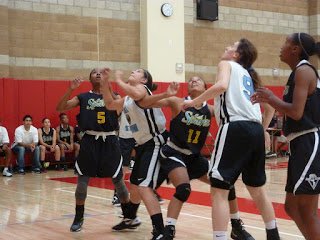 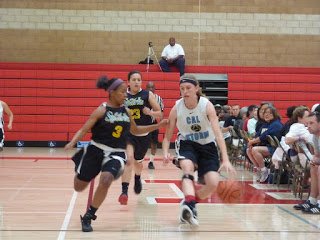 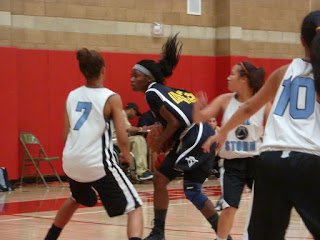