In what is perhaps the first major club ball program merger on the west coat, Cal Sparks of Southern California has joined forces with Sacramento Elite. They will begin the season next month as Cal Sparks Norcal.

The new entity will feature 11 high school teams playing in three sections of California: Norcal, which includes Sacramento and the Bay Area; Central, consisting of Fresno and Bakersfield players; and SoCal – six teams from the greater Los Angeles area.

“The overall service mission of both entities is to position our group as a state wide provider of developmental elite girls basketball,” Kinnebrew said. “Michele is known for her commitment to young women in Northern California at both the scholastic high school level and club arenas.”

Kinnebrew co-founded Cal Sparks in 1999, and the program has grown especially over the last three years. In 2010, the Sparks claimed their first national club ball title, winning the FILA Nationals Tournament in Atlanta, Geo.

Massari helped run Norcal Elite for a time, and is also the head basketball coach at Sacramento High School. She eventually left Norcal Elite to form Sacramento Elite, which consists largely of players from the high school. Through playing together year-round, SHS players were able to take a California Interscholastic Federation championship last year.

Both programs have yielded high-caliber players who have gone on to play at Division I, II and III schools, as well as junior colleges. So blending them was a natural for both parties.

“I respect Elbert,” Massari said. “He’s very truthful, and there are a lot of people in the game who aren’t.”

Massari said her role is important to her because of the current lack of female coaches and program directors at all levels of basketball.

Tryouts begin next month in all three areas of the state. There will be tournaments both in the spring and fall where all 11 teams will be participating.

“Players are expected to stay with their own area teams unless it is determined by all directors that a team move becomes necessary for a particular player,” Kinnebrew said. “But that is not expected at this time.”

The new organization will also hold a skills academy, which will be open to players from other club ball teams.

Pictured below are two current players from Massari’s program (pictures by Norcal Elite) and two pictures from the Cal Sparks’ FILA Nationals win in 2010 (pictures by me). 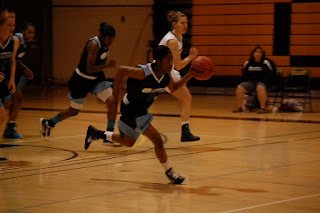 Onome Jemerigbe, class of 2013, dribbles up the court for NorCal Elite 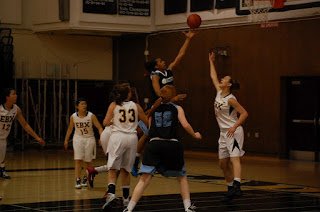 Dezja James, class of 2013, putting up a shot for NorCal Elite 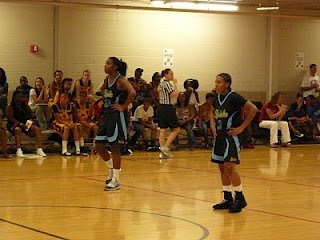 Reshanda Gray and Ariya Crook, class of 2011, during FILA Nationals in Atlanta, July, 2010