By the time this game rolled around, Mater Dei was ranked #1 in the country and Brea, #3 (up from #2 and #4 last week). And they sure played like it.

After a slow start for the Ladycats, who were down 9-0 in the first quarter, they ignited, took the lead and never lost it. Intense, well-played game by two teams that each have incredible defense and exceptional offense.

Kaleena Mosqueda-Lewis led the previously-unbeaten Monarchs (17-1) with 23 points. Jeanier Olukemi was the high scorer for Brea (15-2) with 17.

I’ll have more photos and recap tomorrow. It’s waaaay past my bed time on a school night. 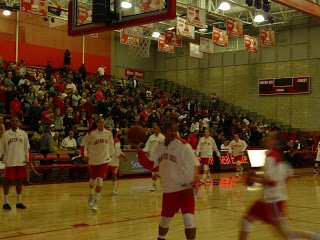 During warmups: Alexyz Vaioletama, left, stands while Jordan Adams, center, runs up as Kaleena Mosqueda-Lewis prepares to pass the ball to the corner. 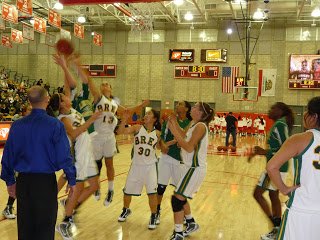 After routine shoot-around, Brea stopped and quickly ran through a couple plays. 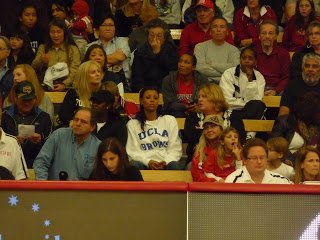