The Bruins made a huge comeback from a 20-point first half deficit, and they played so hard and so spirited that no one seemed to mind that they didn’t quite pull it off. I have to admit, I was just hoping UCLA wouldn’t get their asses handed to them today. They did me one 10 times better than that.

I LOVED the fact that the Bruins never gave up. That’s the key to a championship team.

Jasmine Dixon, Markel Walker and Doreena Campbell are so impressive.

The last few minutes were so exciting! The crowd was so loud! Both Friday and today, I haven’t had that much fun at a college basketball game in a long time. UCLA is an entertaining team.

Can’t wait for the UCLA-USC matchup next Sunday at SC!

Stanford is a well-oiled machine. Joslyn Tinkle will take over when Jayne Appel leaves. And when Chiney Ogumwike gets there, they’ll be even more scary. 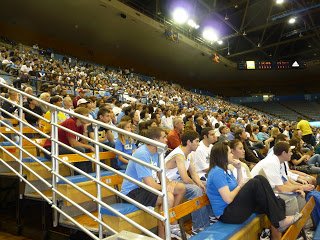 For the last two games, there has been great attendence. Look at this crowd! And people are into the game! It’s freakin awesome. 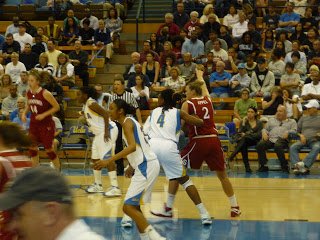 Always the floor leader, even when posting up, Jayne Appel points to where her teammate should go. 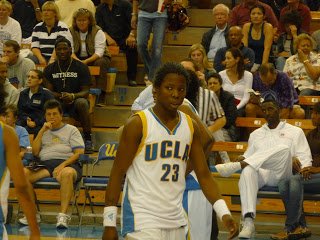 Freshman forward Markel Walker had been impeded by the face mask Friday night, and threw up two airballs early in the first half today. Suddenly the mask came off – guess she’d had enough of it. And her game came back. 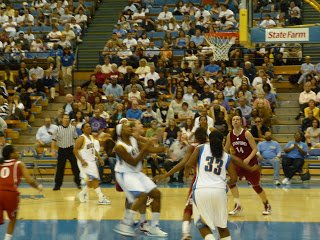 Cardinal Rosalyn Gold-Onwude (out of the picture on the right) was lethal from three-point range. 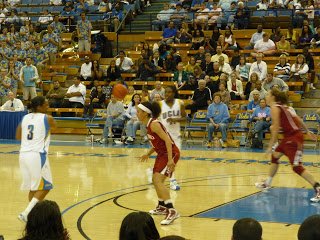 Darxia Morris throws to Jasmine Dixon in the second half. 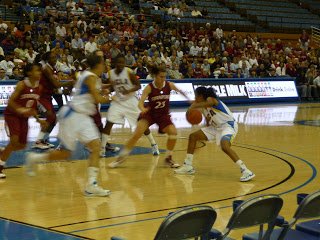 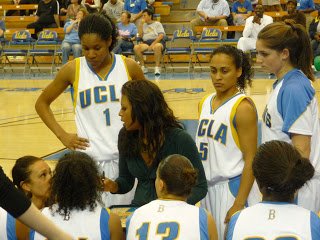 Coach Nikki Caldwell at an earlier timeout. The second-to-last timeout of the game, when the crowd was screaming, she had to lean in and get right down in her five starter’s faces so they could hear her. 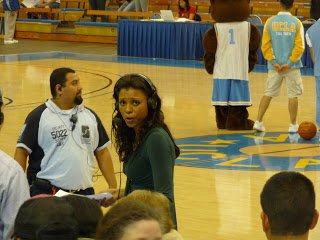 Caldwell was chilled out in the post-game interview. 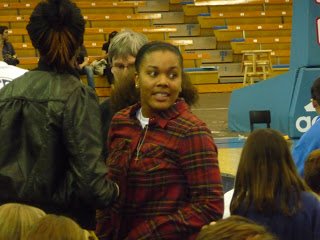 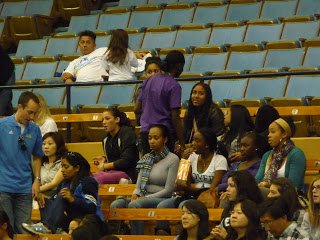 Mater Dei’s Jordan Adams and Kaleena Mosqueda-Lewis. (Alexyz Vaioletama was also there, but seemed to be sitting in the Stanford area. 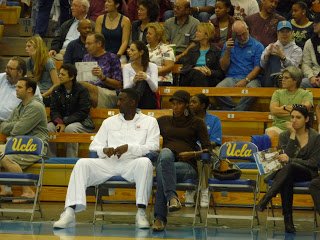