Great day at USC for some hoops. In one gym was the high school division, and in the other, the college. As previously mentioned in this space, the college division includes local ballers of the D1, D2, D3, JC and just-graduated-from high school levels. This is the same modus de operandi followed in most such leagues across the country.

I went to see two games today, due to personal interest/affiliation with some on and/or staffing the teams. Today’s schedule is here. Organizers told me the full schedule will be posted Wednesday at www.lass.ws, and will include rosters. 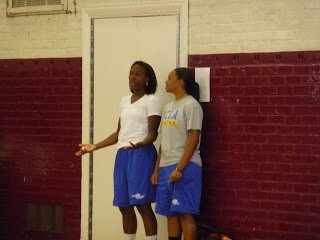 UCLA’s (former) Tierra Henderson and (current) Darxia Morris chill during my game one. I think they played earlier. 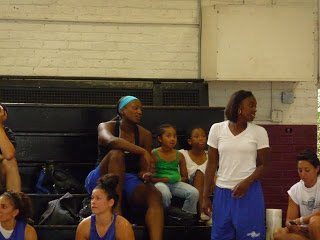 Another Bruin, Moniquee Alexander, waits for her game to start (my game two), with Henderson. 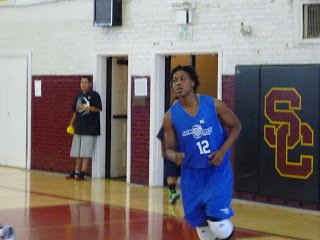 UCLA forward and Seattle native Christina Nzekwe is on Fastbreak – the team I went to see play at 2 p.m. 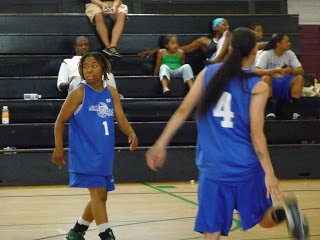 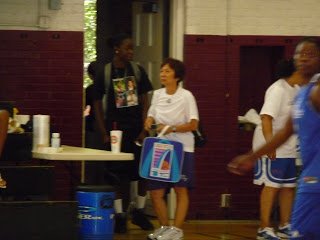 Coach Colleen Matsuhara, aka “Love and Basketball” and current West LA College head coach, walks in with her St. Louis Final Four seat cushion. She showed me some pics taken at Vol world in Tennessee this past winter. 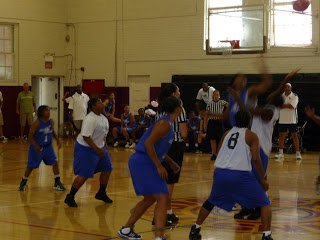 Nzekwe (blurry image on the right) wins the tip, as Russell (far left) looks on. 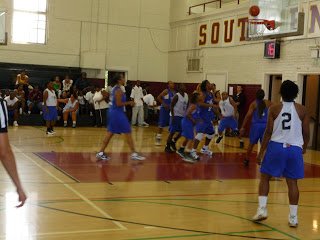 Fastbreak collapses toward the basket for the offensive rebound. 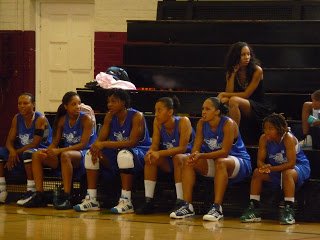 Another hot shot member of Fastbreak is Whitney Daniels (third from right), who just finished a stellar career at Mira Costa and is headed to the University of San Francisco this fall. This picture was late in the second half when all the starters were sitting, watching the bench players whoop on the opponents. 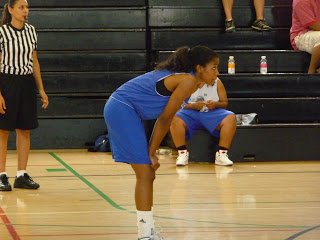 The 3 p.m. game featured the Show Stoppers, which included one of my favorite Bruins in Doreena Campbell. 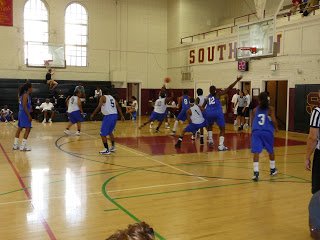 Campbell (far left) watches Alexander (#12) post up for a pass. The Show Stoppers beat their opponents just as handily as did Fastbreak.

Going to these tournaments is like hitting the family reunion barbecue. Between saying hi to players, coaches and referees, it still amazes me what a small basketball world it is, even in a big city like LA. And I have no doubt the ball “families” in NY, DC, Chicago, etc, would say the same thing.

I know where I’ll be for the next several weekends.

Footnote: Jasmine Dixon was hanging out today. She’s obviously been hitting the weight room, because she’s ripped! And she said she’s really looking forward to playing again in December (when her year of sitting out is over).