ATLANTA –  From album posters to street art, Atlanta is vibrant, loud and unapologetic and the music scene is unlike anything else in the world. Defined by the city’s unmatched impact on Hip-Hop and R&B, the Atlanta Dream is paying homage to Atlanta’s culture and sound with the first of the team’s five “ATL Days,” which kicked off last Friday. In that game, Dream players wore their new Nike Rebel Edition jerseys. It was the first of five games in which the team will don the special uniforms.

Long known as the city of rebels who have redefined the confines of music, the Rebel Edition jersey is redefining the traditional uniform look to make the Dream stand out like rebels on the court. The legacy of the scene’s legendary female recording artists is celebrated with vibrant colors, strapping side-striping and confident lettering – a salute to the swagger, creativity and iconicity of ATL’s most influential female musicians. For a look at the Dream’s 2021 uniforms, including the Rebel Edition, check out the team’s #DoItForTheDream season intro video and photo gallery.

In addition to Friday night’s game, the Dream players will don the Rebel Edition uniforms at home games throughout the season:

The Rebel Edition jersey is one of three commemorative Dream uniforms created in collaboration with Nike and the WNBA to tell H.E.R. story during the 2021 season. The Heroine, Explorer and Rebel jersey trifecta conveys a message around the unique characteristics of Atlanta and highlights the power, potential and “unapologetic” attitude of the WNBA athlete.

Dream fans are encouraged to learn more about the team’s #DoItForTheDream campaign – a powerful, inspirational call-to-action toward the dream of equity, inclusion and positive change – by engaging in online conversation and tagging @atlantadream on Instagram,  Twitter and Facebook.

After a recent change in WNBA protocols, single-game tickets for all Atlanta Dream games prior to the Olympic Break are now on sale. Fans can be part of the best home-court advantage in the WNBA by purchasing tickets online and viewing the 2021 Atlanta Dream Schedule. The most up-to-date Gateway Center Arena policies are available here.

ABOUT THE ATLANTA DREAM

The Atlanta Dream tipped off their 14th season in the WNBA in May 2021. The organization, who plays its home games at the Gateway Center Arena @ College Park, has qualified for the WNBA Playoffs in nine of its first 13 seasons. To learn more about the Dream and inquire about single-game, season, flex and group tickets, please visit www.atlantadream.net, call 877-977-7729 or email tickets@atlantadream.net.

One of those nights 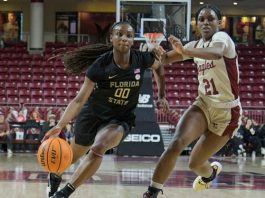