As she tries to decide what to have for lunch, a familiar problem dawns on Gopher senior Palma Kaposi: she is missing her daily soup.

Regardless of whether or not she is having it with the meal, it is missing the soup she’s used to that is a constant. Soup that has been cooking for hours, her mother adding ingredients periodically as the aroma takes over the house. She misses the dish, but also what it represents.

Thousands of miles from her hometown in Hungary, Kaposi has made a decision that many can understand, but few can fully appreciate. Kaposi is one of three international players on Minnesota’s team that decided to forgo the comforts of home for a chance to improve their skills on the court.

For Kaposi, her decision two years ago to leave her hometown of Pecs to become a Gopher was not an easy one, but something she had always dreamed of doing.

“I always wanted to play at the college level and experience the whole thing that is going on in the U.S. – the support, the games, the NCAA Tournament, all the great things we hear about overseas,” she said.

Kaposi first received attention from U.S. colleges around 2015, but didn’t feel ready to come to the states right away.

“When I finished high school I got offers, but I didn’t feel like I would be ready at the time,” she said. “When I graduated I was 17, so my family and I decided I wouldn’t go to the U.S. by myself, but if I had another chance I would take it.”

She began her studies at home, in finance.

“After two years I had a highlight video of myself playing, and Minnesota saw this video of me, and a couple other schools, and they reached out to me and a lot of schools offered scholarships to me.”

Kaposi eventually decided to become a Gopher, saying the school’s highly-ranked academics, along with their facilities and her relationship with then-head coach Marlene Stollings, convinced her to play there. She quickly became close with Jessie Edwards, a senior on the team who had come from Australia.

“When I first came here (Jessie) definitely helped me, and we were closer together because we were internationals,” she said. “And now I feel like we still have that bond because Irene joined us last year and Barbora just came here this year.”

Senior Irene Garrido Perez is from Granada, Spain, and freshman Barbora Tomancova is from Brno, Czech Republic. Since 2010 there have been eight international players on Minnesota’s squad.

(Two, Paloma Gonzalez and Houlfat Mahouchiza, left the team in the past two years. Gonzalez left the team last year midway through her first season, while Mahouchiza signed a National Letter of Intent and was with the team but left in mid-to-late August.)

Perez came to America because she wanted to get her degree while playing basketball – something she says is extremely difficult to do in her native country.

“In Spain, it is very hard to play basketball and study at a university at the same time,” she said. “I think in the U.S. it is easier…..so that was my main point to come over here.”

Tomanconva decided to join the Gophers after she graduated from high school, two years after her first offer, when she realized she wanted a new challenge in her life.

“I have been living in Czech my whole life and I decided I wanted some change,” she said. “I wanted to meet new people and experience new things, and try a different style of basketball in a different culture, as well.”

All three agreed they have a special relationship because of their shared backgrounds.

“I feel like we have this bond, unconsciously we have it,” Kaposi said. “If I see one of them being down, I go and I know if they need a hug because they just miss home or something. It is just easier for me to read them for some reason.”

Tomancova added that helping each other through homesickness is a major part of their bond.

“We all miss home the same amount, so they help when I am down and really miss my family,” she said. “They know what to tell me more than the Americans because their families are all a little bit closer. I know that with Polma, we have bonded about the soups.”

It may seem quaint, but Kaposi said bonding over something as small as food can help ease the pain and strengthen connections.

“In Europe – especially in Hungary – we eat soup with every lunch and every dinner, so when I came over here I was looking for a good chicken noodle… and basically there is not a good variety at all,” Kaposi said. “And I was like, ‘Barbora, do you have this type of soup at home?’ and she was like, ‘yeah, and I miss it!’ And we were like, ‘we should cook it sometime.’”

All three took a different path to Minnesota. Kaposi transferred after two years of college in Hungary, while Tomancova came as a freshman out of high school and Perez spent two years at Western Wyoming Community College before transferring.

“When I was in Spain, I didn’t really know English,” Perez said. “I knew when I first came to the U.S. it would be hard, so I decided to go to a junior college first. That really helped me to get better with my English and the transition of the game and in the school.”

Tomancova said when the days are bad, she has to think critically about returning home to be with her friends and family. So far, though, she has always found a reason to stay.

Kaposi agreed that the physical absence of family takes a toll.

“I grew up with my friends and family, being surrounded by them, but I can’t be there for their big games or life events that I’m missing out on. It’s kind of hurting me,” she said. “But at the same time I have to make sacrifices in order to chase my dreams.”

For now, Minnesota is their home, and all three are making the best of it. The Gophers are currently 7-0 and No. 14 in the nation, and there are expectations for a potential Big Ten championship this season.

Kaposi said she is glad she is staying in Minnesota, and is trying to improve the team in any way she can. Sometimes though, she still wishes she could bring over her family from home.

“Without them I wouldn’t be able to be here where I am today,” she said, then added with a laugh, “My mom can make the soups too, so it’s a win-win.” 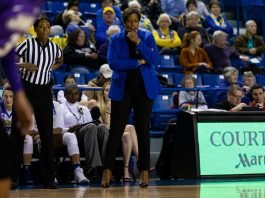 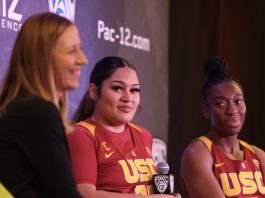 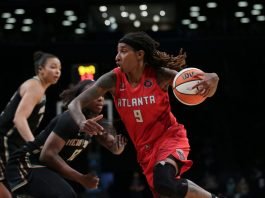