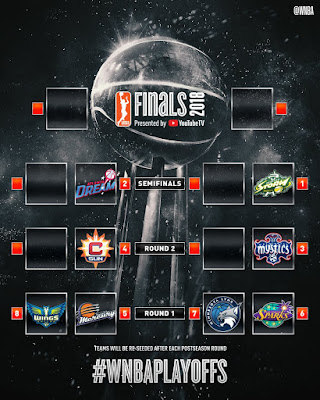 The Dream earned the second seed with a 93-78 win over the Aces.

The Mercury won their fourth straight, 96-85 over the Liberty, and grabbed the fifth seed.

The Fever snapped a five-game skid to end the season with a win, 97-92 over the Sky.

The Liberty wrapped up their season on the road without knowing what home they’re coming back to.

It was proclaimed Lindsay Whalen day in Minnesota.

Danielle Robinson has signed a contract extension with the Lynx.

The Wings signed Maggie Lucas for the remainder of the season.