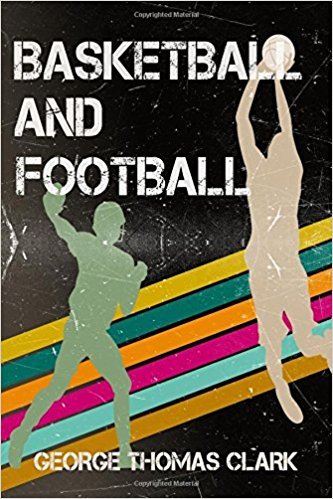 Sports often serve as a microcosm of life. Through emotion and experience, it imparts on its participants, regardless of their specific role, some of life’s greatest lessons. From the elation felt from celebrating a hard-earned victory, to the loss that torments a lifetime, it is a great life teacher.

Nowhere are those emotions examined more than in George Thomas Clark’s new book Basketball and Football. Through various short stories, Clark provides a different perspective on a couple of America’s favorite pastimes.

The anthology begins with a first-person account of a visit to a professional basketball game in Mexico. While visiting the Abejas de Guanajuato of the Liga Nacional de Baloncesto Profesional, Clark profiles the state of basketball outside of the United States. However, he soon realizes that his greatest challenge lies outside the confines of the arena walls. From navigating the city streets, to finding out what time the schedule game starts, he experiences it all.

It is only one short story, but it represents a situation athletes of all sports find themselves in. Whether they are trying to keep a dream alive or looking to earn additional income by competing in a professional league overseas, athletes stop at nothing to keep the dream alive, even if it means navigating in a world they aren’t accustomed to.

Utilizing his wit and aptitude for sport, Clark then takes an anecdotal trip with some of the game’s most popular and controversial figures, living vicariously through them in order to present a different look at some of their most iconic moments and careers.

One of those trips is a humorous first-person look into Lebron James’ free agency during the summer of 2010, and all the promises each city proposed. Clark also presents the harsh realities of sport and the tragedies and misfortunes of some of its brightest starts.

He shares the sad story of a can’t-miss prospect whom he had met when the promising star was only a sophomore in high school. Clark provides an in-depth look at his experience with the young man and his entire family and chronicles his short yet poignant career that is sure to give the reader more insight into sport.

Whether you’re a fan of either basketball or football, Clark’s flair to tug at the human heart with his storytelling will attract readers of all stripes, making Basketball and Football a must-read for any reader.