Quentin Hillsman is in the midst of his eleventh year as head coach of the Syracuse Orange. Last season he guided the team to unprecedented heights, as they reached their first Sweet 16, Elite Eight, Final Four and national Championship game in program history. Going into the current year, he had won 65 percent of his games and was 11 victories shy of becoming the most winning coach in school history. During his tenure the Orange have advanced to nine postseason appearances, including five NCAA Tournaments, and Hillsman has coached two All-Americans and two WNBA draft picks.

A Maryland native, Hillsman was a standout guard at St. Mary’s College there, and then studied sports management at the United States Sports Academy. He returned to St. Mary’s and was an assistant coach for the men’s team. He began his women’s basketball coaching career at Siena in 1999, where he was an assistant coach. He moved to American, Laurinburg Institute, the Patterson School and Alabama before arriving at Syracuse in 2005. After one year as an assistant coach, he was named head coach. Hillsman is known for his intense sideline demeanor, his fine clothing and his player recruiting skills. He has also coached internationally.

Hillsman and his wife are the parents of two sons.

Last spring’s run through the NCAA Tournament was unprecedented, and probably unforeseen. What was the ride like? Was there ever a point where you thought, “we’re going to go all the way”?

The funny thing about it is, we set these goals every year, to win a national championship. Every (first) press conference (of the season), reporters ask what we’re going to do; what are you supposed to say? I’ve started every year by saying our goal is to win a national championship, and they all snicker. This year they started off with another question and I told them to ask the same question they always ask us. Now it became real.

We try to set those goals. We don’t let to set low-hanging fruit goals. For us, it was getting prepared to meet those goals. In the Tournament, obviously, we hosted at home, and on the road we played teams we’d already played. We played South Carolina twice, and we played Washington in Las Vegas in preconference. It was good for us in that we had familiar opponents, because it made game prep a little easier for us. When we were ready to face UConn, I told them that we have to answer five runs; five runs on eight possessions is a 40-point loss to them. If you can’t score any points on those runs, you’re not in striking distance. We didn’t answer their run in the first and third quarters, but our formula did pretty well to cut it to a manageable margin. But it was a great game, and they deserved to win.

What was your best Tournament or Final Four moment?

It was all great. In probably one of the crazier moments, we got there so early that I went to every clinic and round table at the (WBCA) convention. My friends asked me, :what are you doing?” But I was excited and couldn’t stay cooped up in the hotel room. I had been scheduled to speak at two round tables but had to cancel them after we advanced to the Final Four.

Did you see that kind of success in the future when you first took the job?

Definitely. You always want to give it your best, and I’m the kind of person where if I do something, I want to do it to the best of my ability. The previous coaches here were good coaches, but the piece that was missing was tapping into a recruiting network so we could compete at a high level.

In a press conference at the Final Four, one of your athletes laughed and said with a smile, “Well, you know Coach is crazy.” What did she mean by that?

Quite a number of things – how much time do you have? (Laughs). I tell our players ahead of time that sometimes passion makes you go overboard, and I’m very passionate about our players reaching a high level. I tell them, “reach your peak.” The things you can do, do them every day. I push them, I really do. It’s nothing to be to watch tape at 2:30 a.m. and text them with a clip or some comments. They’ll ask, “what’s wrong with you?” I say, “I was up.”

Now going back to the beginning: Do you coach like you played?

I definitely coach like I played. I coach how I was coached, and you only know what you know. I had great coaches coming up through AAU, high school and college who gave me a great foundation in basketball.

You seem like you have a great blend of humor and intensity. How do you combine those two characteristics?

It’s really simple: when you’re on the court, you have to get your kids to go hard, to compete. Then you have to let that stay on the court when you go off court. You have to have a balance with your players and your game planning, the way you coach a kid. They have to know you genuinely care about them and then they listen to the message, not the tone. I tell them, you have to be tone deaf hen you work with me, but they also understand that I have their best interests at heart.

It’s funny when we have a great practice and afterwards I’ll ask the players, “you want to go get waffles?” They’ll look at me and say “No!” I say, “well I’m hungry.”

I probably apologize to these guys more than any coach in the country. Last week I went off on Isabelle shooting close outs, but reviewing the film later I realized it was Gabby’s issue. Then I was mad that Gabby didn’t tell me it was her. If you did something, own up to it and take responsibility.

What do you want your athletes to take from their experience at Syracuse, being coached by you?

I tell my kids all the time: my joy in you is when you’re all done, you leave here and you’re very successful, invite me to your wedding, your baby’s christening. When you’re here we’re not going to know what your life is like after basketball. You come here to have success on the court, and off the court you have to turn into a quality person. What’s the path in doing that? That’s what I really want, is players to leave here and have success in what they do. Every player doesn’t leave here wanting to call back sometime in the future; everyone’s experience is different. But know that I’m smiling when you’re making great money with a great job. I’d rather have them remember: “he was very tough.”

What do you love about your job?

I love it so much. Basketball is what I know. Life is funny, because when you’re getting out of college you’re wondering what you want to do. Many like myself majored in something and graduated and realized, “I don’t want to do that.”

Your great fashion sense was written about during the Final Four. I love your cuff link collection. When and how did you become such a fine dresser?

That’s my dad’s influence. Growing up I’d see my dad get up in the morning and he’d shave, get in the shower, put on after shave, and then get into his suits and ties and go to work. That’s what I grew up seeing and that’s what got me into fashion. My dad was a bid influence on me in a lot of things. He was an engineer who worked in computer consulting in the D.C. area. He would always say, “half of being great is looking great.”

My work ethic comes from my dad, and my off court temperament comes from my mom – the most forgiving person on the planet – so unassuming and loving. Dad was the pit bull. I got a good mix.

I think the purpose of life is doing what you want and becoming prosperous. People are afraid to talk about money and prosperity, but that’s all anyone thinks about here. Whatever you do, it’s important that you’re able to be comfortable. My biggest hope is for my players to leave here having had a great basketball experience and to not have to worry about balancing a checkbook ever again. You come to college to get equipped to get a great education and a great job, so why not talk about that? 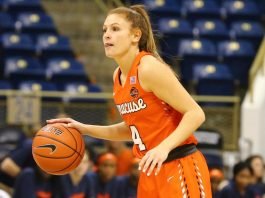 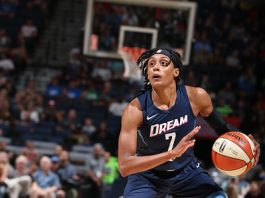 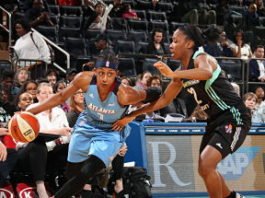