This is the eleventh in an annual season preview series of the Pac-12 teams.

The Utah Utes smashed expectations last season, going 18-15 overall and seventh place in the Pac-12, despite being picked to finish eleventh. Lynne Roberts, in her first year as head coach, guided the team to their first winning season since 2012-2013 and their first postseason berth in three years. They advanced to the third round of the WNIT.

Utah returns four starters but lost point guard Danielle Rodriguez (9.6 points, 4.1 assists per game) to graduation. Roberts said the team will have to work hard to fill her shoes.

“You don’t replace your program’s four-year starting point guard and the player who was the identity of the team in the public’s eye easily,’ Roberts said. “But all of our returners had tremendous off-seasons and are ready to lead.”

Utes newcomers are a diverse and exciting group.

Junior forward Wendy Anae returns this year after sitting out last season with a knee injury.

Sue Favor: The Utes surpassed expectations last year. How are you going to bottle that momentum to carry forward this season?

Lynne Roberts: I’m not too concerned about how we did last year and therefore how much better should we be this year. Last year’s group achieved because 1.) we stayed healthy, and 2.) they bought in to what we were doing and worked harder than they ever have. Honestly, I think that’s the formula for reaching your potential as a team, no matter what the circumstances are. That said, I’ve been extremely impressed with this group’s continued work ethic. They committed themselves this off season in a way they had never done before, and I’m excited to see how that pays off for them. I really like them – they work hard and have great personality. I want to enjoy the year.

Sue Favor: Who are the veterans/leaders we should look for?

Lynne Roberts: Emily Potter: played the entire summer with Canada basketball – learned a lot – has matured on and off the court as a leader and player.

Paige Crozon: Our only senior and one of the best kids you’ll ever meet. Worked really hard this summer – it’s going to be hard to not have her on the floor with everything she does for our team.

Tanaya Boclair: Tay had maybe the most productive off season in terms of commitment and improvement. I am so proud of her and the hard work is already really showing in practice. I anticipate this to be a breakout year for her in the Pac-12.

Sue Favor: How are the newcomers and returnees adjusting to the system?

Lynne Roberts: We had two redshirts last year that I count as “new”: Daneesha Provo and Wendy Anae. Provo is a 6-1 wing that brings us long, athletic depth on the perimeter that we didn’t have last year. She is very good – can shoot, attack, and really defend. Anae is a 6-3 athletic post that, again, is that depth we didn’t have. She plays her tail off and both Daneesha and Wendy will allow us to do some things defensively we weren’t able to do last season.

Megan Jacobs – 6-1 freshman and Kiana Moore, a 5-8 freshman. Both are adjusting to Pac-12 play, but I anticipate them both to contribute and play this year.

Again, all of our newcomers bring more length, athleticism, and scoring ability to our roster. And while they are still learning and adjusting to the system, I’m excited about what they’ll bring to our team.

Sue Favor: What are your goals for the team this year?

Lynne Roberts: I’m a process coach. I honestly don’t do end result goals, as I’ve learned the hard way that they often backfire. Our goals will always be, year in and year out: 1. Stay healthy, 2. Stay committed and loyal to each other and the process, and 3. Get better every week. If we do those 3 things, we’ll reach our potential!

What is this group’s potential this season? Not sure….ask me in March. 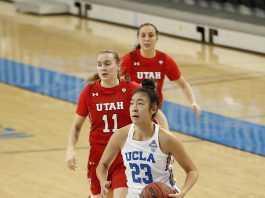 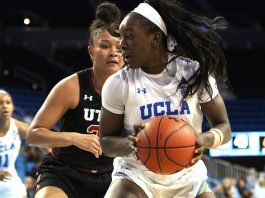 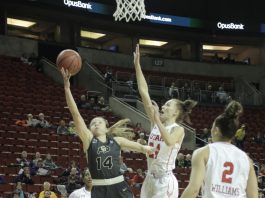