Home Features Is it time for a coaching change in Dallas? Absolutely not

The Dallas Wings’ inaugural season has not gone as planned. They are currently in the midst of an 11-game losing streak, and the window to get into the playoffs is nearly shut.

Is it time for a coaching change in Dallas? My answer is no, for several reasons.

Mainly, there is no one to replace Fred Williams and what he brings to the team. Williams has not lost the locker room and he trusts his players – maybe to a fault. Often times you will see the Wings unsure of what to do on offense, which leads to more one-on-one play. This is great when the shots are falling, but opposing teams lock the paint and force Dallas to shoot from outside, and on a bad shooting night this result in a loss every time.

When Williams was brought on to coach the franchise in 2014, there was a losing culture. In two seasons he was able to turn things around and get the team into the playoffs for the first time in franchise history last summer. And he did this even though the team had been riddled with injury.

The move to Dallas was a fresh start in a new city, but they began the season missing two of their starters in Skylar Diggins, who was completing rehab from an ACL tear, and Glory Johnson, who was serving a suspension. Dallas has played with 10 different starting lineups through the season due to a seemingly unending line of further injuries, including Plenette Pierson’s concussion and Johnson’s cracked toe.

Even though they are undersized and lack depth, the Wings are one of the best offensive rebounding teams in the league. However, this has been a gift and a curse. Everyone crashes to the boards, which does hurt their transition defense. Also, the team is shooting 40 percent from the field, which is seven percent lower than their opponents.

William may need to tighten the reigns, but he should not be fired. This is a young team that needs a full roster. Durability will be an issue for any team in the WNBA, but this year, Dallas did not get a fair shake. Now, they will have to finish the season without Johnson, who is now our for the year after straining her MCL in a game Sunday.

Give Williams and the front office staff at least one more year to acquire the necessary pieces. Right now, it is too early to pull the plug. Even if you believe the time is now, the question remains; who could the Wings replace him with? 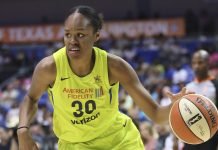 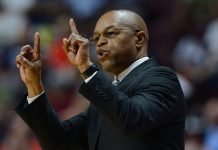 Collective bargaining agreement for WNBA players still in the works

Temeka Johnson and Kayla Pedersen have been battling staph infections