As word began to leak of former Tennessee coach Pat Summitt’s failing health a few days ago, they began coming to Knoxville.

Many of her Lady Vols – 38 years worth of them – came from all corners of the country to see the woman who impacted their lives just as much as their parents, in some cases. Some arrived after playing a WNBA game; others interrupted their jobs and schedules in other arenas to see Summitt, who is in the final stages of Alzheimer’s Disease.

Whether they were able to make it or not, numerous former Vols have been in constant communication, as Summitt might be close to passing away.

“We’re very much keeping in touch,” Connecticut Sun forward Shekinna Stricklen said. “There have been lots of group text messages between us. Everyone is staying really close right now.”

Summitt, who began coaching at Tennessee in 1974, announced Aug. 23, 2011 that she had been diagnosed with early-onset dementia. She retired from coaching the following spring. Last January she moved into an assisted living facility, and yesterday news broke that hospice had been brought in as her health continued to decline.

“For the three days before I got here, I couldn’t sleep or focus,” she said.

Burdick said she got to talk to Summitt, which gave her a sense of peace, though her former coach didn’t speak.

“Her caregiver told me to talk louder, because she was wiggling her toes and that meant she could hear me,” Burdick said. “So I talked louder.”

Sparks forward Candace Parker made the trip to see Summitt after her game Friday, as did Fever forward Tamika Catchings after her Saturday match up in Dallas. Former Tennessee player and assistant coach Nikki Caldwell Fargas, now LSU’s coach, made the trip, as did Michelle Marciniak, Kelley Cain, staffers Joan Cronan and Debby Jennings, and several others.

Many went out to dinner together last night, where they shared Summitt stories and celebrated her life.

“That’s the best part of coming to Knoxville is to be with family, because we’re nothing short of family,” Burdick said. “It doesn’t matter if you played for Pat in the 80’s, the 90’s or the 2000’s. You may have never even met, but you’re family.”

Stricklen, whose senior year was also Summitt’s last in coaching, said it has been hard to watch her health decline.

“It’s hard – it hurts that she has to go through that,” Stricklen said. “She means so much to me, and she means a lot to us all. I’m trying not to cry right now.”

Stricklen said Summitt helped her more off the court than on the court – a sentiment Burdick holds as well.

“Pat taught us lessons by example with humility, competitiveness and courage,” Burdick said. “She would talk the same way to President Obama as she would to the custodian who cleaned up Thompson-Boling Arena after our games.”

A short time ago this afternoon, word began leaking that Summitt’s son Tyler has barred visitors from her room, because death is imminent. It is an abrupt end to the life of a coach who was a pioneer in women’s basketball, who was known for her fierce competitive spirit, and who recorded a Division I record 1,098 wins in her career.

Coaches, fans and athletes around the country are reeling.

“I’m saddened to hear the news of Pat’s declining health,” Indiana Fever coach Stephanie White said. “My thoughts and prayers are with her family, friends and the entire UT community. She’s an ambassador of leadership, strength and courage that transcends sport. Her legacy lives on in all of those she touched. I’m forever grateful for the impact she made on me in the short amount of time we spent together.”

Former Texas coach Jody Conradt said she was able to get closer to Summitt after she retired with the Longhorns.

“When I think about Pat’s greatest impact, I think about the young women she coached and mentored and how fortunate they are to have had Pat as a leader and coach,” Conradt said.

Fargas said she is not surprised by the love expressed towards Summitt the last few days.

“Pat Summitt is surrounded by those who love her dearly. The outpouring of support is a testament to what she means to so many people,” Fargas said. “Those of us who have been touched by Coach will forever keep her legacy going.”

“The fight to find a cure for Alzheimer’s must continue. Pat Summitt will forever be known as the greatest coach, but more importantly she is a great person. I love you dearly, my coach, my mentor, and my friend.”

“It’s very sad because of the magnitude of her influence on our game,” Agler said. “I really think that what she’s done at Tennessee is why Connecticut is who they are right now. She’s the reason that Baylor is Baylor. For many great women’s basketball programs…..(they are great) because of what she did at Tennessee.”

“The WNBA and the ABL were both started because of what she did at Tennessee. Every single one of the players I’ve coached (in the WNBA) that came out of that program, and I’ve coached maybe 10-15 – every single one of them keep her in such high regard. When they talk about her, it’s almost like they’re talking about another parent. They don’t want to disappoint her, no matter how long it’s been since they graduated. That’s the kind of influence she has.”

Dallas Wings forward Glory Johnson, who graduated from Tennessee in 2012 with Stricklen, said Summitt still affects her every day.

For Tennessee fans, the game has not been the same since Summitt left it. For everyone who loves women’s basketball, Summitt’s impending death will mark the end of an era.

“There will never be another coach like her again,” Agler said. 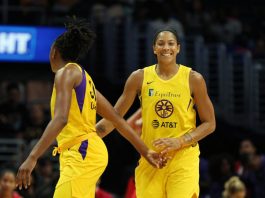 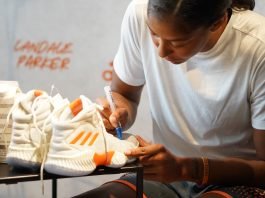 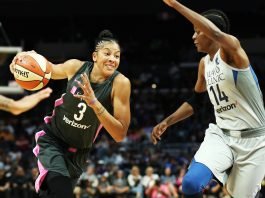