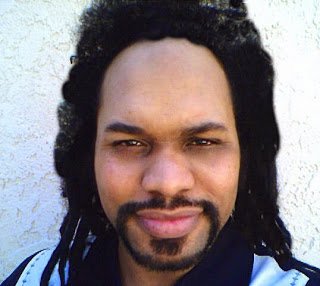 Eric had been a well-known presence on the sidelines at Sparks games for nine years, taking pictures for Sports Page Magazine. He also photographed high school and college football, as well as numerous entertainment red carpet entertainment events and ESPN awards shows. His death has stunned his media colleagues in the Los Angeles area, as well as coaches, media relations directors and others who were used to seeing him – many of whom had come to call him a friend.

Among the regular core of reporters at Sparks games is L.T. Willis of T.G. Sports, who was also one of Eric’s best friends. L.T. and Eric covered USC’s opening football game Saturday afternoon. It was after the game that Eric wasn’t feeling well. After getting checked out, L.T. dropped Eric off at home, where he died sometime in the middle of the night.

L.T. said the suddenness of the loss is difficult.

“We were talking about the next game we were going to cover,” L.T. said.

Mike D’Avino, editor of Sports Page Magazine, took to Facebook yesterday to express his grief at the loss.

“God has taken an awesome person. Eric Wade you willed be missed,” he wrote.

“When we all cover a team year after year, we become a family,” he said. “Now a member of that family is gone.” 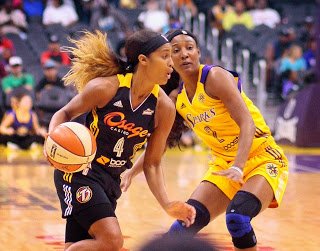 The media core who covers the Sparks every summer has got to know each other over the years. You work for different publications but you work together, and sometimes you become friends. Such was the case with Eric Wade and myself.

Eric had a calming presence, even when speaking about teams and players he was passionate about. He was funny; Just last month he and Sparks forward Jantel Lavender and I engaged in some brief jokes on Twitter. Eric was also observant and kind, and he loved photography. He was always behind the lens, shooting something.

Hats were Eric’s thing. He often wore Kangols, but sometimes opted for the dressier style, as he did the day I took this picture of him taking a picture.

August 24 turned out to be the Sparks’ last game this season, as they lost to Phoenix in the first round of the Western Conference finals. After almost an hour of interviews, I walked through the media room one last time before leaving, and peeked in the door of the work area. Eric and another photographer were the only ones still in there. I pulled up a chair and talked shop with Eric for about 20 minutes. I hugged him goodbye, telling him I’d see him at some college games. He said yes. I left.

Yesterday morning I woke up to L.T.’s message: ….”the passing of our brother Eric Wade.” I have to admit, I’m still stunned. It also messes with your head when someone is that close to your own age.

Eric’s family is still planning his funeral at this time.