Great photos of last week’s Lynx at Sparks finale, by my man Eric Wade. I tweeted several of them last night. I especially like this one of Nneka Ogwumike getting in Rebekkah Brunson’s face after a foul: 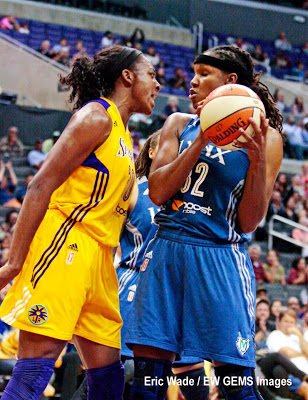 Ogwumike is extremely polite and well-spoken. She’s Tamika Catchings-sweet. But she also has a passion for basketball that burns like a forest fire. And she responds very strongly to adversity during a game.

Non-West coasters might not expect what we see in the picture from Ogwumike, but those of us who watched her play at Stanford just giggle.