The USC Trojans are finding a way to cope without Jacki Gemelos – it’s because they’re playing for her. In researching for this piece, I also found a star player who is doing a noble job of moving through the grieving process. USC coaches also care about Gemelos and the rest of the team a great deal.

It’s common for teams who lose a key player to rally for a couple games before their performance declines. The fact that the Women of Troy made it through last week with two wins in Arizona, and a victory today at UCLA, says a lot about their drive and focus. They have lost only one game since losing Gemelos, who will have her fifth knee reconstruction surgery Tuesday.

The photo gallery with this piece on www.hoopfeed.com is from a recent practice. Below are some extra shots. 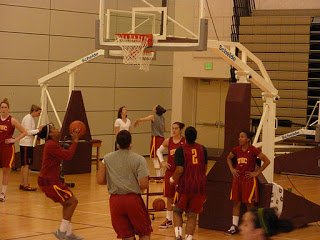 Jacki Gemelos throws up shots on the sidelines while her teammates practice. 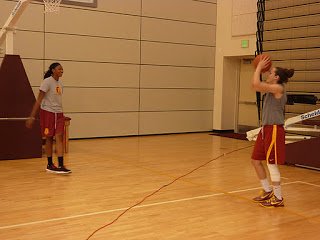 Freshman Thaddesia Southall, who is sitting out this season with an ACL tear of her own, rebounds for Gemelos. 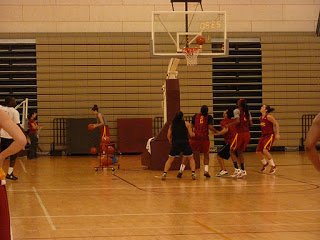 Gemelos works on her handles while her teammates scrimmage. 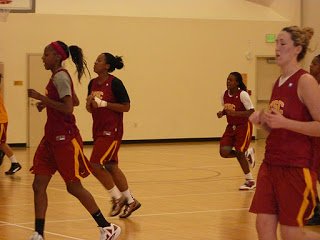