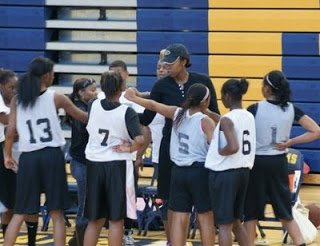 Former USC standout Denise Woods has seen much success coaching View Park Prep High School the last seven years. So it caught some by surprise in May when she left the program to take over as head coach at beleaguered Los Angeles Southwest College.

I caught up with her recently to get the details on her move, and see what she has in store for Southwest.

SF: Did the job find you or did you find it?

DW: I heard about the position becoming available, and I applied because I wasn’t sure if the high school (View Park) was going to be open in the fall.

SF: How many returners do you have?

DW: As of now, we have one returner. With the position of head coach being open for so long (since January), many players were unsure if there would even being a season at Southwest, so they decided to leave to go to other junior colleges.

SF: Are you starting the program again from scratch?

DW: Yes, the program will basically start from scratch. We are still looking for players that need a home, however, we preparing to go with whomever we have once the season starts!

SF: What is your coaching philosophy? What do you plan to bring to Southwest?

DW: I am a defensive-minded coach! My coaching philosophy evolves around the four D’s: Defense, Discipline, Dedication, and Demeanor. These are the principles I have lived by in my own basketball career, and it is what I will teach my players as well. I am a teacher of the game! I am passionate about basketball, and I want to instill that same passion in my players.

SF: How many years have you been coaching, and where?

DW: I have been coaching for 10 years…. including coaching positions at CSUN, West LA College, View Park Prep, and now LASW. I’ve coached under some great coaches, so now its great to be able to run my own program an help LASW gain notoriety.

SF: Who will be your assistants?

DW: My assistants will be Krystle Evans (Crenshaw High/UCLA), and Mary Has (Milikan/UC Irvine).