Cal Sparks Gold, fresh off their FILA Championship Saturday, looks amazingly strong. Their second five is almost as good as their starting five. Result: butt-whoopins. They won their first game today 71-21. Gold then beat San Antonio’s Finest in an exhibition two hours later, 71-41. And they have only one player who will be a senior in the fall. 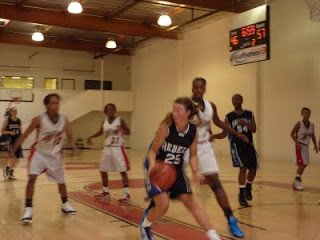 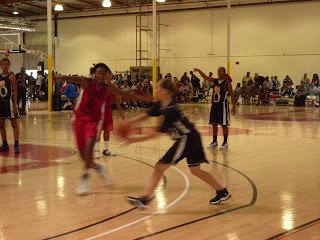 Team RIENG is in the dark uniforms and So Cal Magic is in the red. 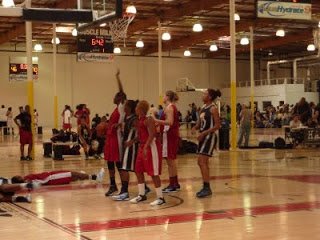 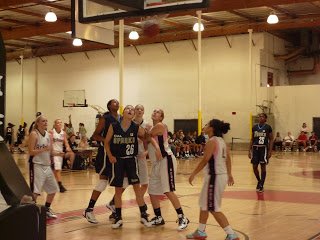 Korver had seven three-point shots in the team’s second game a little later. 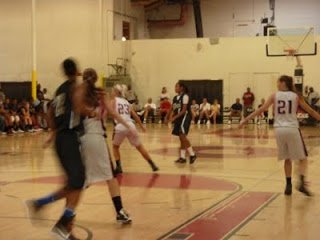 Reserve point guard Courtney Jaco, who has just dished the ball above, is an intregal part of a young CSG team. They just won the FILA National Championship Saturday for the second year in a row. This afternoon they beat the Arizona Rebels (as seen here), 71-21. 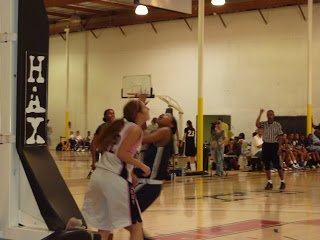 McCall, who helped the USA Basketball U16 team win a gold medal last month, is fouled.

…and she gets her free shot.