USC beat Colorado 87-70 today in the WNIT quarterfinals on the Buffs home court. Trojan guard Ashley Corral put up a career-high 32 points in the win, including a career-high seven three-point shots.

The entire team also set a program record for treys, hitting 77 percent of them. Now there’s a good case for playing in the WNIT. Use every opportunity to get better.

On the other side of the bracket, Illinos State defeated Arkansas 60-49 to advance. ISU and USC play Wednesday night, with the winner to go to the championship game April 2.

Toledo and Charlotte will face off in the other semifinal. 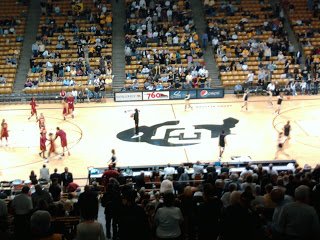 USC and Colorado warm up. The arena has 40 rows from top to bottom. And who do we see in the stands? Lady Vol fans. We’re everywhere. 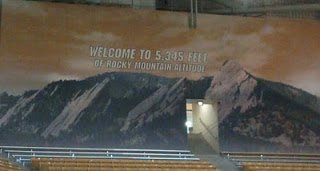 A mural at the top of the arena. 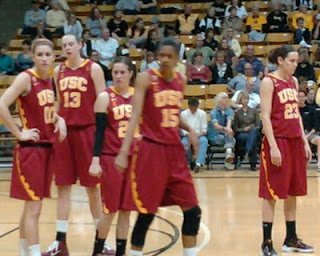 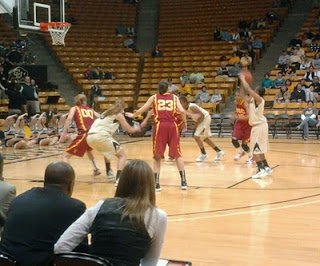 SC players box out Colorado on the free throw. 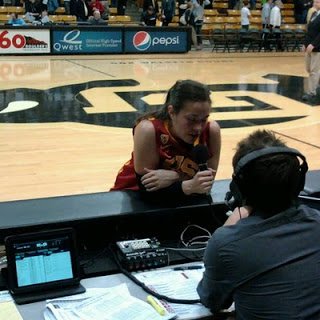 When you score 32 points, as Ashley Corral did, you get interviewed on the post game show.

– photos by IM in OC