Here’s my game story and game thread – plus a slideshow.

It was notable that both Storm Coach Brian Agler and Lauren Jackson had an opportunity to comment on what a big deal it was for them to finally beat LA in the post-season, but neither did.

Below are some other pictures that didn’t make the cut: 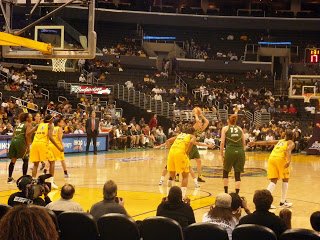 Svetlana Abrosimova passes the ball, and passes it fast, in the first quarter. 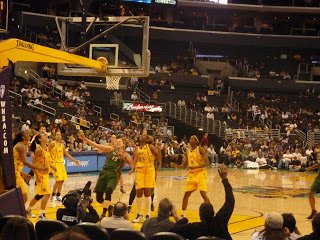 Lauren Jackson did miss a few shots today, and this was one of them. 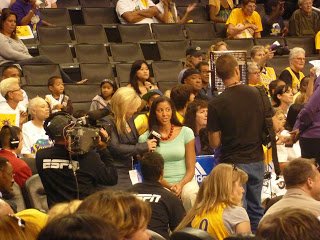 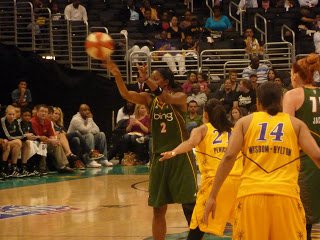 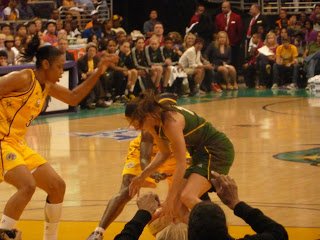 Sue Bird battles for the ball, and wins. 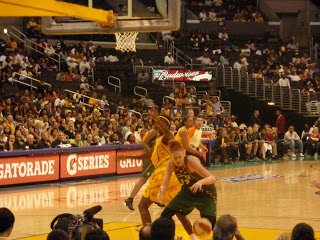 The Storm outrebounded the Sparks 34-27, including this one by Lauren Jackson. 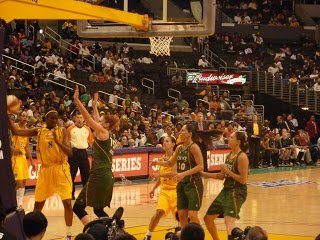 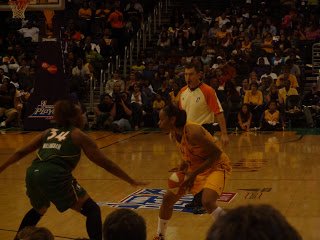 The Storm’s take on it.

The Sparks don’t have a recap posted yet.

Phoenix also took their Western Conference semifinal in two games, sweeping San Antonio today. No surprise in either case, but I hope the conference finals are a good series.