While we wait for my story and pictures to be posted on the fab hoopfeed.com site, here are some others, and some wrap-up: 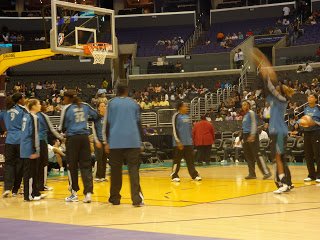 Charde Houston takes a shot as the Lynx warm up. She ended up with 21 points on the night. 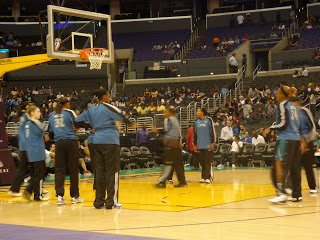 I don’t understand how a team with this much talent on the roster has the record it does. 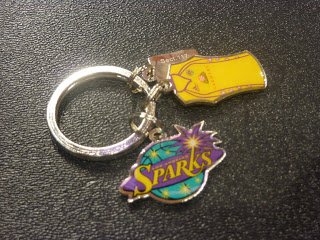 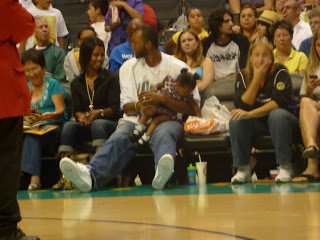 Lailaa Nicole Williams has advanced motor skills for a 15-month-old. She went to the trouble of getting a french fry while dad Shelden wasn’t looking……. 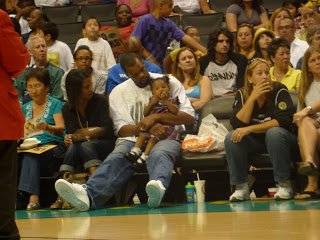 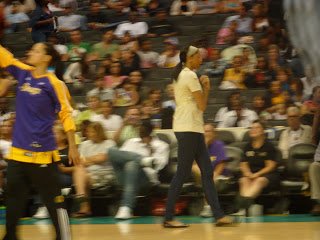 Lailaa’s mom Candace Parker twittered last night that she had been “dyying” watching the game, wishing she could play. I could see that, as at halftime she stood under the basket while her teammates shot around. Above, she walks away from the baseline past her family and friends……. 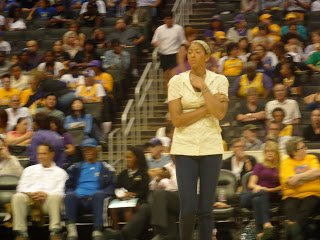 …..and heads back towards the Sparks bench. 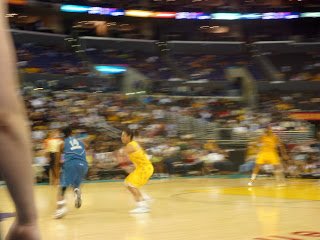 Alexis Hornbuckle drives past Kristi Toliver in the fourth quarter. 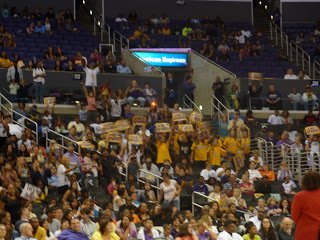 The Sparks really did what they needed to do for this win last night in the fourth quarter. When the chips were down, they stepped up. At halftime only four LA players had scored to the Lynx’ seven, but by the end of the game, three more had put up points.

Last night was a wild one around the league.

Mel Greenberg, aka the Guru, has a nice summary of the current state of the standings, which are a little wack. The Western Conference is pretty much set, while the Eastern Conference is now in a log jam after last night’s Liberty loss and Indiana’s defeat. No one predicted that.

Meanwhile last night, the Storm survived the Mercury in a “battle of the benches,” Chicago dropped one to Connecticut, leaving players at a loss. The Lynx still have a small chance of making the playoffs.

The Sparks are on their way to Seattle to play the Storm today in their last regular season game. Here’s a preview.