The Sparks were putting on a clinic last night, and then the third quarter happened. The third has not been their quarter for a long time, and sure enough, the Silver Stars cut down the Sparks’ double-digit lead.

But LA didn’t give up. You could feel they weren’t going to. They kept fighing and scrapping, and in the fourth quarter they took that big lead back. I’m proud of them.

Chamique Holdsclaw sure gets booed a lot at Staples Center. 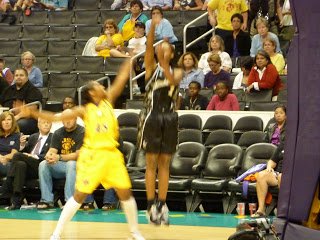 Chamique Holdsclaw shoots and scores over Noelle Quinn in the first quarter. 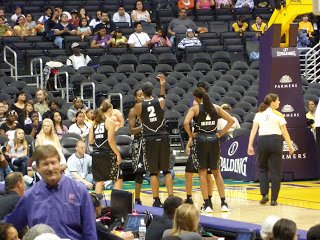 San Antonio is puzzling like LA: so many good veterans but not such a hot record. 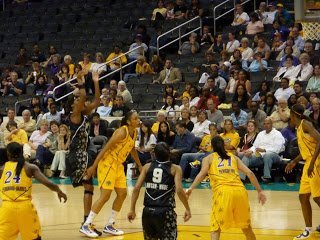 Michelle Snow shoots and scores in the first quarter. 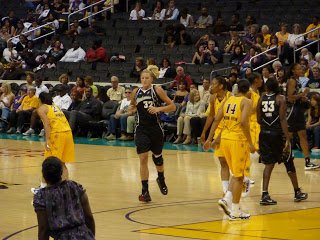 Jayne Appel only played a little in the first half. 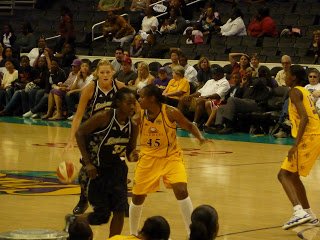 And she even dribbled the ball. 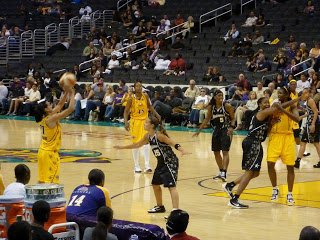 Ticha Penicheiro looks to pass in the third quarter. 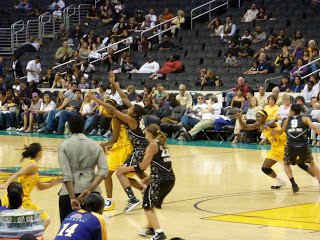 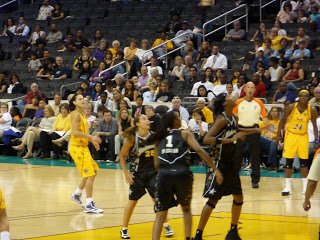 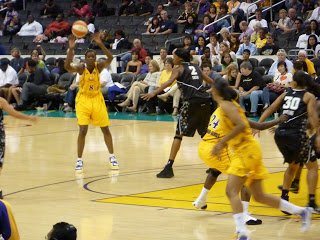 Milton-Jones dishes in the fourth quarter. 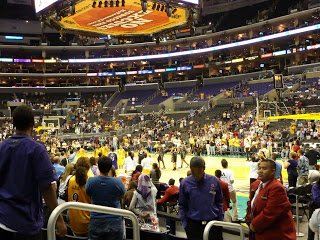 Fans stood and clapped for the last 45 seconds when it was obvious the Sparks were going to win. 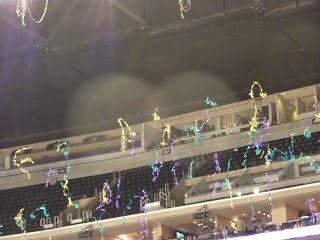 Haven’t seen the confetti come down in a while.