Today, during a break between games at the May Madness 2010 tournament in Orange County, I sat down with Ariya Crook-Williams. The guard, ranked twentieth in the class of 2011 by ESPN, plays for nationally-ranked Long Beach Poly in the winter and the highly-esteemed Cal Sparks Gold team during the spring and summer. She has emerged from the winter season transformed and ready to attack new goals.

Ariya Crook-Williams has been turning heads on the club ball circuit so far this season with her sleek new physique. Many coaches at the Deep South Classic in North Carolina two weeks ago told Crook-Williams’ coach that it was a whole new Ariya. She concurs.

“I’ve got a lot of comments that I look good, and I feel good as well,” she said.

But Southern California hoop heads witnessed the transformation in motion this past winter, as Crook-Williams grew leaner and leaner as the season progressed. And to those who already knew the USA Basketball story from last summer, it wasn’t a surprise: Crook-Williams was cut from the U16 squad because she was deemed unfit.

“They said I didn’t make the team because I was out of shape and I needed to slim down,” she said.

(Pictures from this story, previously linked on the They’re Playing Basketball blog, show the former Crook-Williams).

She began working with a fitness trainer. Workouts have included hill running at a local park. And since last fall, Crook-Williams has shed 20 pounds – a lot for a 5’6″ athlete with a small frame. She said that because of her improved fitness level, she’s faster and plays better defense.

Crook-Williams has been through a lot in the last two years, including the death of her father, an injury and the USA Basketball disappointment. Then there was Long Beach Poly’s loss in the state Division I championships last month, breaking a four-year streak. She said the Jackrabbits had expected to win, but they could have been more focused on the game, too.

A resilient type, Crook-Williams is going to try out for the USA Basketball team again this summer. She plans on helping Poly get back to state next year. And she has personal goals as well.

“I plan on working on my defense, and bringing my teams (both Poly and the Sparks) together,” she said.

Crook-Williams will also be choosing a college within the next six months. She has a box full of letters, has been seen at every UCLA game this past season, and has had Division I coaches at every one of her games. But for now, she’s undecided where she wants to go.

“I’m pretty much open to any school right now,” she said. 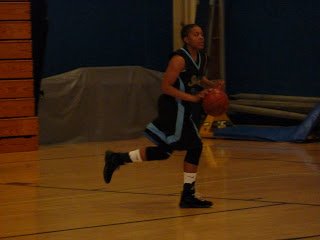 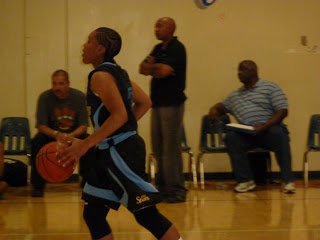 She is faster than she was last year, as she says she is. 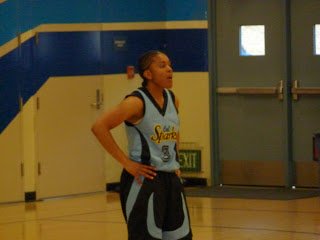