The City Section’s Marine League title belongs to Washington Prep High School for the second year in a row, courtesy of the Narbonne Gauchos. ‘Bonne’s ability to hold off the surging Carson Colts in their last regular season meeting tonight means Prep won’t have to share the title, due to the win-loss split between the three teams.

While Prep had beaten Narbonne both times the teams met this season, the Generals split with Carson, winning the first game and losing the second. Carson beat Narbonne Jan. 20 with a shot at the buzzer. If they had defeated the Gauchos again tonight in their second meeting, the Colts would have shared the league title with Prep.

Tonight’s matchup was two shades short of fugly. Both teams committed turnover after turnover and foul after foul. Bad passes, throwing up garbage shots. But it was because both teams wanted the win so badly. They were gunning for each other, and it was because of the fierce presses of both teams that they disrupted play for one another and caused havoc.

Narbonne took a small lead in the first quarter and maintained it, ending the period ahead 14-9. In the second quarter, Carson stepped it up. A Janitha Iamaleava long shot at 3:56 tied the score at 18. After that the game became a foul and turnover fest for a while, and then Narbonne pulled it together and made a couple intelligent plays. They lead 26-20 at the half.

The third quarter began sloppily, and to provide an example of how excruciating the errors were, the score was 28-21 at the 3:33 mark (that’s a total of three points scored in four and a half minutes). But then something happened, and both teams began actually scoring. It was 37-27 at the end of three.

Gaucho Tailer Butler began the fourth by unleashing a three – one of maybe four on the evening. But the Colt clawed back, forcing turnovers and actually finishing some shots. Back-to-back buckets put them within one – 40-39 at the 4:55 mark. Both teams then traded baskets for the remainder of the game, and both teams missed a hell of a lot of free throws. Butler scored big for her team at the 2:30 mark, and then teammate Tashawn McGhee did the same thing on the next possession. But it was Butler’s steal from Iamaleava right after that which seemed to seal the game, because she scored, putting ‘Bonne up 50-44. Carson got as close as 51-47 with 26 seconds left, after two free throws, but they couldn’t hold on.

Iamaleava and Butler are the big-time players for their teams, and it showed. Butler had four or five three-point shots, and Iamaleava was big under the basket before fouling out late in the fourth quarter. Props to both of them.

I give mad daps to Washington Prep, too. They have nine girls on their roster, and only seven usually suit up. They lost two starters and their main bench player coming into this year, and no one thought they’d do anything. But here they are again, Marine League champs.

Congrats to all three teams. Prep, Narbonne and Carson have made the Marine League one of the city’s most entertaining for years. 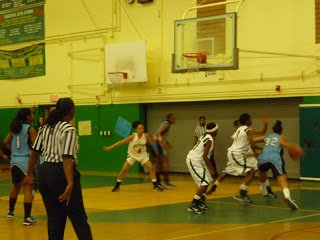 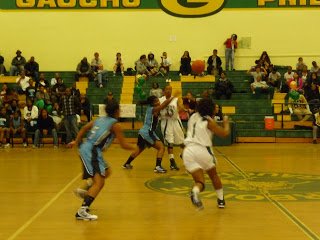 Ball movement was difficult and fouls were frequent because both teams were pressing the hell out of each other until the final buzzer. 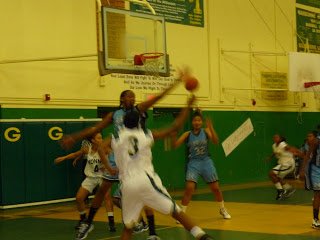 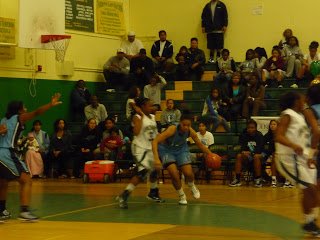 Iamaleava drives in the third quarter. She was fouled and went to the line. 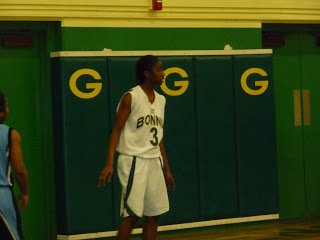 Butler gets ready for Carson’s offense.