Narbonne and favorite View Park were neck and neck through the first two quarters, ending the half 23-20, Gauchos. But in the third, Bonne jumped out to a lead, which grew to 10 points in the fourth before VP made a run. They got as close as four, but Bonne held them off for the victory, largely due to the strong defense of junior forward Tailer Butler.

In the second game, Prep traded leads with host Fairfax before getting into a groove in the third quarter and bumping the lead up by as much as 12 points. But as in the first semi, the Lions made a run in the last period, coming as close as six points.

Prep’s star Reshanda “Too Tall” Gray was having a slow night, but senior point guard Kiana Furlow did her best to take up the slack. She was everywhere and anywhere on the court, often putting up a shot and getting her own rebound if it didn’t fall. Junior forward Danielle Brown also pitched in with solid defense. 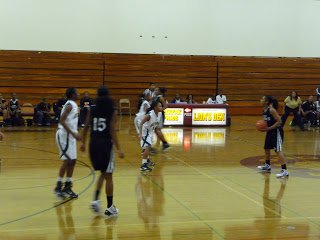 The View Park point guard (dark uniform) brings the ball up the court. 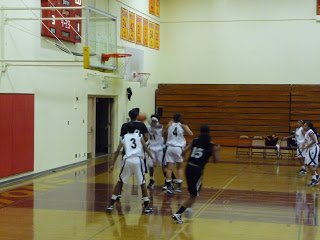 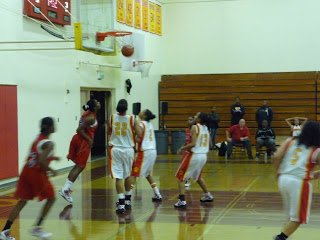 Reshanda “Too Tall” Gray (red jersey, second from left) watches the shot she just put up fall through the net. 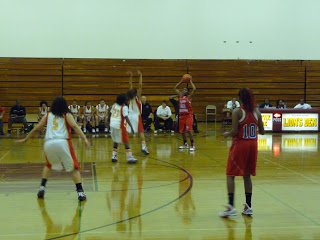 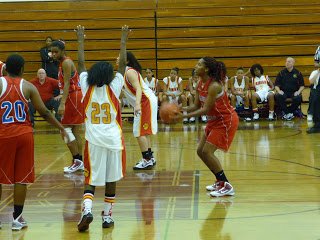 Furlow shoots a free throw in the second quarter. 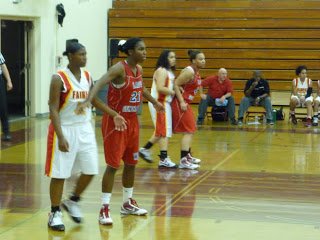 Too Tall and junior forward Danielle Brown hold down the blocks on defense in the third quarter.

There will be lots of pictures coming up, as this is the start of a four-day basketball stanza: tonight and Saturday, high school; Friday and Sunday, college.