Tonight I went to check out the Narbonne vs. JSerra matchup. Narbonne is still rebuilding after the end of the Coach James Anderson era in 2007-2008, with all new players. JSerra, of San Juan Capistrano in South Orange County, is an up-and-comer team at a five-year-old school.

It was a fun game to watch. Both teams are in good condition and were racing up and down the court. Each team also had stellar defense. What put JSerra on top for the win was that they are better at finishing. Narbonne still needs to work on shooting and free throws. If they fixed those two things, they’d be a deep state playoff team again.

I met another reader of this blog in a JSerra fan, and again, it was a pleasure. He made an interesting comment that “we can’t get games like this” in Orange Country. I asked him what he meant and he said LA teams are more athletic and quick than OC teams. I asked why again and he said kids out there tend to spend more time on their homework than basketball practice, whereas city kids tend to “play all night.” He also said the people sitting courtside wasn’t heard of in OC either, because fans sit in the stands and bitch at the coaches. 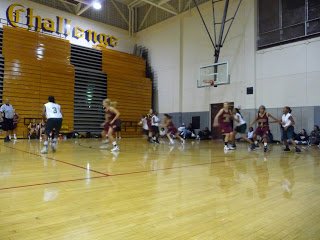 Narbonne Junior Tailer Butler, #3 in white, swings the ball while JSerra clamps down on defense. 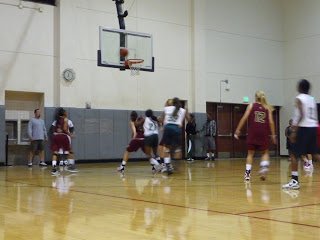 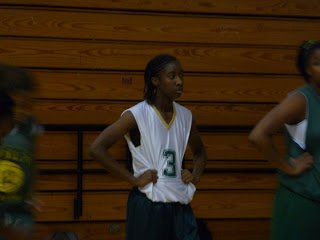 Tailer Butler is extremely talented and insanely athletic, and is One To Watch for the class of 2011. 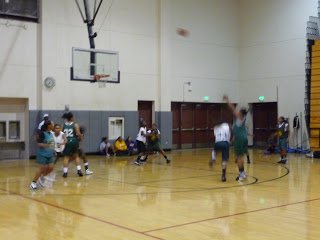 Long Beach Poly, in green, was Narbonne’s next opponent on their back-to-back game schedule.