Good competition on day one. Results are here.

Players that impressed me were:

The Irvine Sol’s Shayla Batson, a senior at Mater Dei, who had a very good first-round game against Inglewood.

Point guard Hazel Ramirez of Inglewood, who had a great game against the Sol. She is headed to Loyola next fall.

Ariyah Crook-Williams of Poly, for her game against Cal Sparks 2011.

Kari Korver of Sparks 2011 – a bright young talent who was on the Sparks Black team this past summer. Only a sophomore, Korver has tremendous energy on the floor and has a penchant for making long 3s.

Kejuana Gardner of Sparks 2010, who kept her team in it against the Hollywood FL Eagles, and was also doing a bit of everything in the Sparks’ game against the Sol. 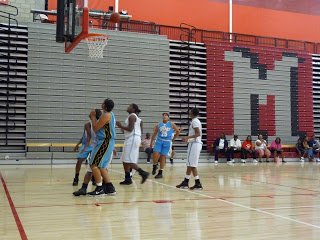 Cal Sparks 2010 (blue uniforms) beat the Hollywood, FL Eagles 42-40 in an exciting game where the Sparks scored the final bucket in the last 10 seconds. It was a big win for the Sparks, as the Eagles are highly-rated. 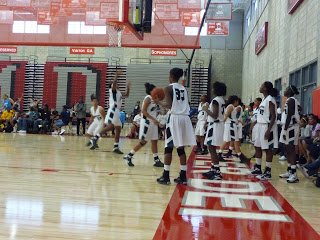 Defending state 3A champs the Inglewood Sentinels warm up in preparation for their game against the Irvine Sol. 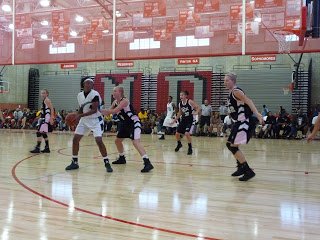 Center Deajanae Scurry (#4) is at the top of the key for a moment……. 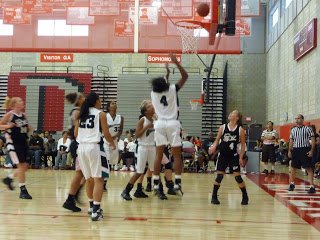 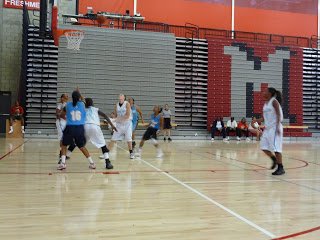 Sparks 2010 and Eagles players scramble for the ball. 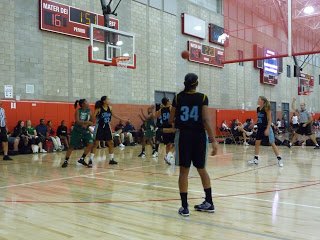 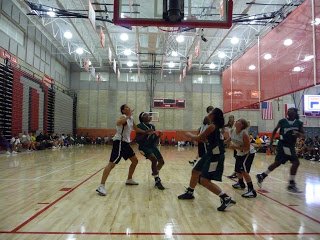 Across the big gym at the same time, Inglewood (dark green) dispensed of Mile High Magic, 47-37. 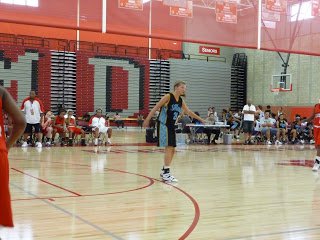 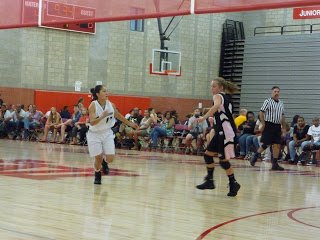