I checked out a couple games at the HAX today to try to get used to the new faces on the various teams, which include those who have “moved up.” It’s a whole new year.

Honestly, I didn’t see any truly outstanding play or player today – just the usual aggression from everyone on the floor. Most of the kids have been practicing together two weeks maximum, so they’re not used to each other yet. And it’s way, way, way early in the season to evaluate anyone seriously since they just came off their August break.

I just went for fun, and it was nice to see all the “basketball people” again, aka coaches, parents, and every-other-helper-you-could-imagine. It’s one big happy family, yo. 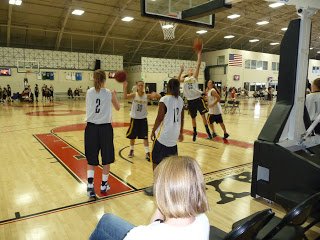 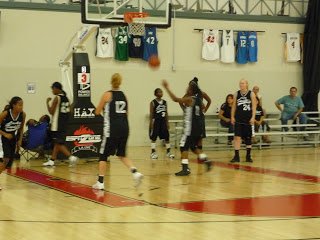 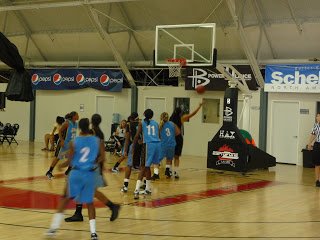 The Cal Sparks’ new Black team, in the light blue jerseys, played the Cal Sparks 2011U team, aka Cal Sparks Gold, in the second round. 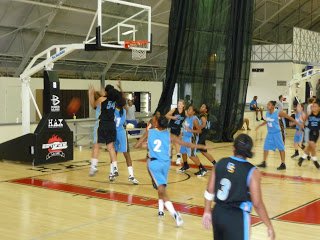 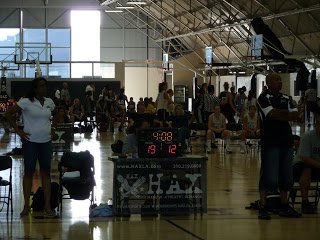 Kinnebrew vs. Kinnebrew: Karen coaches the Black team and Elbert coaches the Gold team. Elbert is director of the Cal Sparks, and the husband and wife team have been helping kids for years.