The scene today was at Los Angeles Southwest College, with about 450-500 fans in attendance. The even was billed as an open practice, and it begun with Coach Michael Cooper introducing each team member, who said a few words.

Before commencing the practice, he had everyone stand up and clap. The usual suspects started dancin and gettin jiggy with it: Delisha Milton-Jones and Shannon Bobbitt, aka the team jokesters. But I couldn’t believe my eyes because there was a third dancer – none other than the formerly-serious and intense Betty Lennox. I love it! 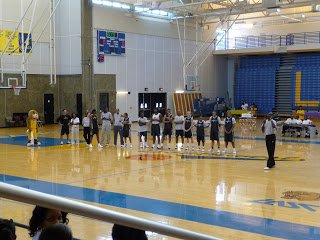 Intros before the beginning of the practice……I can’t believe they will have to cut 2-3 people from this roster. Ouch. 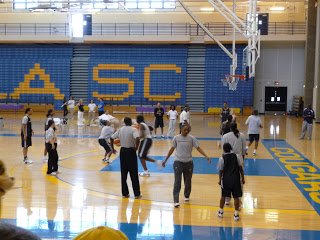 Next three photos: they warm up with shooting drills. 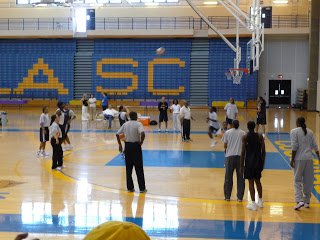 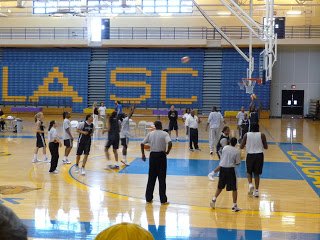 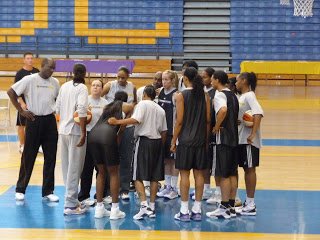 Every so often, they’d regroup at half-court to talk with coaches Cooper and Marianne Stanley. 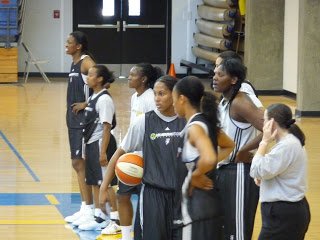 Players wait on the sidelines for their turn in the five-woman weave drill. 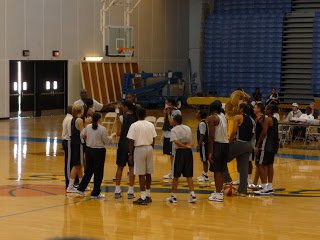 As the practice drew to a close, there was dancing…….I couldn’t catch any of it, but they were most def dancin. 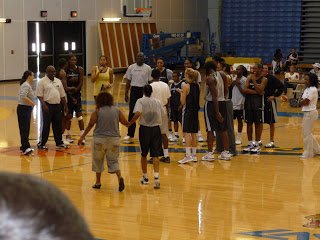 A sweaty Betty Lennox lead the winner of a Candace Parker-autographed ESPN Magazine down to the team for a dance and a presentation.

Aside from the five-woman weave, they did more shooting and featured a one-player run and shoot drill (as she took the pass from her teammate) that competed with the other half of the team across the court.

But I have to be honest: aside from the antics, it was boring. Me and those around me kept waiting for them to break into a scrimmage, and the clock kept ticking down in increments as someone kept re-setting it. We’d think cool, this is it and here comes the scrimmage. It never happened, and it was a let down.

Hopefully the Sparks’ other events this season will be more fun-filled.