We walked out of the parking garage toward Galen Center last night and a very tall figure was standing there…..none other than Sparks Coach Michael Cooper. Gracious, extremely personable and funny as usual, Coop said he was waiting for Candace Parker. He also said they were there to see their (#13) pick play.

If the player is from Cal, it has to be Devanei Hampton, because the ridiculously good Ashley Walker will be gone long before 13. But maybe Hampton will too.

If the player is from Virginia, it’s either Lyndra Littles (13 points last night), Britnee Millner or Aisha Mohammed.

I’m inclined to think it’s a Cavalier. The general public tends to think only in celebrity terms, while owners and coaches look at the player and the needs of the team. How many times have WNBA fans tuned in to the draft and said what? Who is that my team just picked up?

I think any one of those three would look good in a Sparks uniform, but I have a question: when are we going to get some guards? 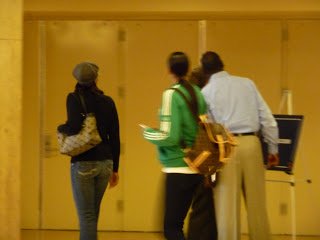 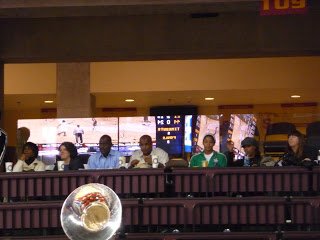