Poly won the Division I title, but Colony made them work for it. The girls from the country are no joke, and Poly only broke the game open in the final quarter. 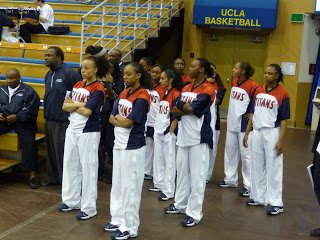 Colony waits to take the court for warm-ups. 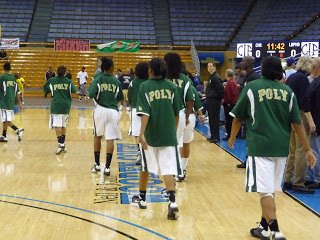 Poly walks on to the court for their warm-ups. 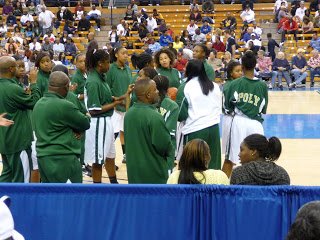 Former Jackrabbit Jasmine Dixon (foreground, right), now with UCLA, sat with Poly during the first half of play. 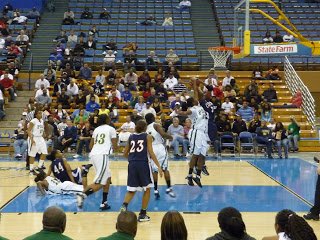 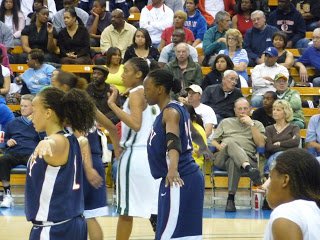 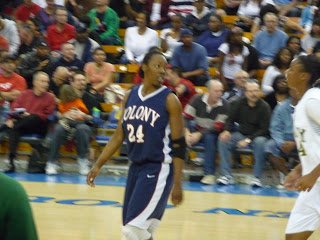 Buckley is a force of nature: high vertical and 12.8 butt-kicking rebounds per game, 22 points and three assists a game. Yet Monday night, one of the Colony team statisticians told me she has had only a few offers from colleges and hasn’t decided where she wants to go yet.

Turns out this guy was an ignoramus, because Buckley has signed with Loyola Marymount University. I’m confident she’ll have a brilliant career there.

White is pretty good too. I hope some SoCal college scout is in the process of signing her.

It’s on to Arco Arena for Poly.