The eight-year veteran out of Duke University launched her “Confidently Me” clothing brand in late June, and began selling tank tops, T-shirts, long-sleeved shirts and hoodies on her company website in September. She has also customized some clothing for schools, and says the business is off to a great start.

“The reception has been very good so far, and I just want to reach farther and wider than I’ve ever imagined,” Christmas-Kelly said. “I’m also been able to collaborate with a few universities and high schools, so that’s exciting. I just want to bring everyone along for this movement.”

Her goal with the brand is to promote confidence and empowerment in young girls and women all over the world, and the impetus came from her own experience in overcoming self-doubt, which she explains on the company website: 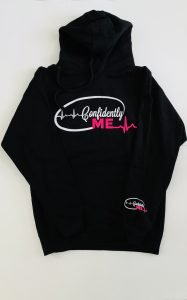 “For the longest time, I had no confidence in myself and was drowning in self-doubt. It took a while for me to realize that I was the only person holding myself back. Circumstances come and they go, and they’re meant to challenge us all. I want to give others hope and to be a prime example of how your own confidence can outshine the self-doubt that you might have for yourself, or that you may feel from others. Confidence is key, and I want this brand to help people all over the world combat those negative thoughts that sometimes are in the back of our minds. Always remember to believe in yourself and the dreams you want to make a reality.”

Christmas-Kelly has made efforts to ensure that her clothing line is comfortable and helps wearers project confidence.

“My goal is to raise awareness and to let young girls, women, and whoever else that wants to listen know that we all suffer from lack of confidence and self-doubt from time to time, but it’s all about how we approach it,” Christmas-Kelly said. “We need to surround ourselves with positive people in our corner and believe that we can do whatever we set our lives to. That’s where confidence is key!”

“I would like to inspire people with my story. No matter how successful I am now, and how successful I envision myself being in the future, the level of confidence that I have for myself is going to be the deciding factor. If I surround myself with negativity and I don’t believe in what I want to accomplish, that’s not going to serve as a positive outcome.” 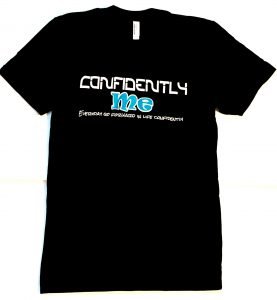 Christmas-Kelly got the idea for her clothing line last summer, as she was completing a Master’s Degree. She was working on it this summer when, six games into the WNBA season, she had to have knee surgery that ended her year. But in a prime example of making lemonade from lemons, Christmas-Kelly used the unexpected down time to expedite the launch of Confidently Me.

“I just want to bring everyone along for this movement,” Christmas-Kelly said. 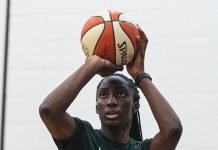 Catching up on WNBA transactions