Teri Moren stepped to the helm of the Indiana Hoosiers program in August, 2014. In her second season last year she guided the team to a program-best 20-plus win season, and was named Big Ten Coach of the Year. The Hoosiers also earned their first NCAA Tournament berth in 14 years. Currently they are in the thick of the conference race, tied for fifth and with an overall record of 17-8.

Indiana native Moren led Seymour High School to four sectional titles two regional championships, a semi-state win and a 1987 state finals appearance before graduating that year. She was inducted into the Indiana Basketball Hall of Fame in 2014. Moren played for Hall of Fame coach Lin Dunn at Purdue, where she was part of three NCAA Tournament teams and one Big Ten championship effort. She was assistant coach at Butler from 1992-1998, was assistant coach at Northwestern for two years, served as head coach at Indianapolis University for seven seasons, was associate head coach at Georgia Tech for three years and was head coach at Indiana State for four seasons before arriving at Indiana.

Let’s start at the beginning: you were a heck of a basketball player in high school. What position did you play, and how were you able to be so successful?

I grew up in Seymour, Indiana, in the Southern part of the state, and if you grew up in Indiana, basketball is our passion. I was a three-sport athlete but fell in love with the game early. It was unlike what kids do now, because back then, we grew up playing outside. I grew playing against all guys, and I had a terrific high school coach in Donna Sullivan, who went on to be a Hall of Famer. In Indiana at that time, we didn’t have class basketball – it was open play, and we were a small town that made it to the state finals.

During the state tournament, communities would shut down. There were two games in the morning, with finals at night.

It really was. If you’ve never seen “Hoosiers,” you’re missing out.

What was it like playing for Lin Dunn at Purdue? What did she teach you?

It was interesting to play for her. At that time, Gail Goestenkors and Tom Collins were assistant coaches, and Gail recruited me. I would have followed her to the moon. I was so happy to have the opportunity to play for coach. Lin was well-read, so bright and such a great teacher of the game. I always wanted to know why we were doing something, and she was so terrific at explaining. Once you bought in to what she was saying, you had success. Coach also had that personality, and she never held back with any of us as far as pushing us and trying to get the best out of us every day. That’s one of the things I’ve tried to implement in my own career. There’s a fine line between what kids want to hear and what they should hear. Lin told us, even if we didn’t want to hear it.

Now she’s my mentor. And I hate it now that she’s back in the game, because when I first got here she’d visit and help us evaluate. Then I could expect a text or a phone call after she’d watched our game, and she’d give me just her feedback. Now that she’s at Kentucky I feel too badly to reach out to her, even though I know she wouldn’t mind. She would always tell us: when you’re done learning, you’re done. She always wants to be on the cutting edge of what’s new.

When did you know you wanted to get into coaching?

At Purdue in college. Growing up, I organized a lot of our neighborhood sporting events, but until I got to Purdue and was approaching my junior year in college, I was wondering what the heck I was going to do when I left. I fell in love with the other side of it. I coached at a high school for one year after college, and it wasn’t enough for me. I had the opportunity to go back to Purdue and be on staff and work on a Master’s, or go to Butler in Indy. Sometimes I think I wish I had my Master’s but it was good fro me to work for somebody new. Indianapolis was not like it is now – it has really, really grown. I was able to start my career at Butler and help build the program.

What is the difference between a good coach and a great coach?

The relationship part. We’re in a different time now, and some of the things coach Dunn would be able to say to us we can’t say now. You have to get the best out of the players every day, and you have to be able to love them up. When they know that I care about them, then whatever difficult conversation I have to have with them, they know, “she does want what’s best for me.” I have to push them every single day. And at the end of that two-hour practice, they have to know it’s all about love.

For such a long time, these kids have been told how great they are, and that they can do no wrong. I’m trying to break that down and tell them that they’re capable of so much more. that’s the good fight every day. You have to look at yourself and evaluate yourself. Reality is sometimes hard for them to accept.

For us it’s all about production. We can’t play kids jut because they’re on our roster. Sometimes some of these kids don’t realize it’s not about equal opportunity if you’re not willing to put in the extra work. You don’t prove yourself in a game, you prove yourself in practice. Especially in February when you’re trying to get them to practice. I have turned to colleagues and asked, “how can you keep them fresh mentally?”

Communication is the difference, and players have to know you’ve got their back and their best interests at heart. It’s about developing them to be their best. I’m always communicating and getting them to understand why we’re doing what we’re doing.

What is your approach when taking the helm of a team?

The circumstances at Indiana were different because of the timing, so that was a huge undertaking, because I missed the summer. I missed building those relationships and working with them to get ready for the season. The first time I met our players was the first day of school. I go back to the relationship part: you want them in your office – you want them to see you outside those lines. I tell kids, I’m far different in my office than between the lines when we have to work. I want them to have the freedom to come up to my office. Nothing too big or too small that we can’t handle together. The biggest part is getting them up to the office, because they’ve got a lot to do. I tell them it’s a two-way street.

It’s never the same every day. I’m a big planner, I like that order. But one of the things I learned from Lin is you have to be flexible. Like last week when we were trying to leave for our game against Rutgers, our plane got stuck in the mud. I can hear coach on that one. We get to the gym and the lights aren’t on, or we have a different shoot around time. I have to remind myself to loosen up because we’re so regimented, but what’s the worst thing that can happen? You have to stop in your tracks sometimes.

What is your ultimate goal in coaching?

With Indiana women’s basketball, we’ve never had any tradition here. That’s one of the things I’ve always wondered about, being from Indiana: why can’t we be relevant? We have everything we need – our facilities are gorgeous, we’ve got a great academic institution. Indiana is already a household name as far as basketball. My goal for this program is that we want to win Big Ten championships, and we want people to talk about Indiana women’s basketball and see it not just be the men that they’re talking about. We want fans to show up for our games the way they show up for the men’s games. We have a population of 80,000 in Bloomington that is 40,000 without students. It’s still enough when you take out the students. We should be getting those fans out.

We talk every day about winning Big Ten championships, but we have to have success year in and year out.

What are the most important things to get across to athletes by the time they leave you?

I think athletics is the best internship you’ll ever have. The wins, the losses, the highs and the lows, the adversity, the hard conversations they’ll have when they’re here replicate what they’ll go through in life. They’ll know when they have a situation like that in the future that they’ve already been in coach Moren’s office. The parallel in the professional world is, when am I going to get that promotion? I wanted that promotion and I didn’t get it; how can I position myself to do that? Here’s what I tell them they’re not going to do: they’re not going to tell their parents to call their boss. It’s all about the little things: eye contact, body language. Every single day, your body language reveals who you are. I can hear coach right now talking about those things. I don’t try to make it complicated for players. I ask them, why would people want you on their team?

How has the game changed since you played it?

It’s more athletic, so much more athletic. The kids, because they are specializing now, when you recruit them you have to talk to all of the eight people they work with. Kids are working at a younger age, and because they’re specializing sometimes they’re over-training. With many of them, they’ll play 80 games in June or July during their high school careers. By the time they get to us they’re at the point where not only their body breaks down, but their passion breaks down. They’re tired.

Kids are better and more skilled, and basketball training is a popular thing.

Who are your favorite musical artists?

I’m old school, I like the 80’s. I’m from Indiana, so I like John Cougar Mellencamp. I’ll listen to most anything. I listen to country – especially Kenny Chesney. 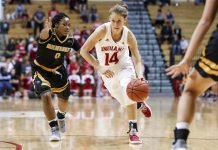 Through Patberg and Wise, family and “juice,” Indiana is finding its stride 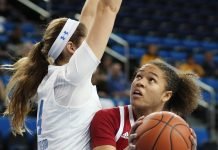 Who is the best?