CSUN’s season so far has been the epitome of a basketball game.

It opened up on a fast break, with a 27-point rout of Portland State. However, since then it has been an up-and-down battle that has so far resulted in a 5-5 record on the young season. And while the media and fans use the .500 mark as a barometer to judge a team’s performance, it is not a satisfactory indicator for coaches, and certainly not one with the basketball pedigree of Matador coach Jason Flowers.

“Obviously our record shows that we’re inconsistent,” Flowers said. “We’ve shown signs of playing good basketball, and then we’ve shown signs of not being very good at all, so we have to find a way to get consistent so that we do what it takes every time out.”

One of those brights spots for CSUN came during their Nov. 26 contest against Michigan State in the championship game of their own Radisson Chatsworth Thanksgiving Basketball Classic. Despite falling to then-No. 24 Spartans, the Matadors had a chance to win it late, having possession with the shot clock turned off and only 20 seconds remaining. However MSU’s Branndais Agee stole the ball, was fouled and nailed both free throws to seal – and steal – a win away from their hosts.

Another high note for the Matadors has been sophomore center Channon Fluker, who after coming .3 rebounds short of averaging a double-double last year, is doing so this season. So far she is putting up 15.8 points and 10.5 rebounds per game. Junior guard Serafina Maulupe (12.4 points per game) and junior guard Tessa Boagni (8.5 points, 7.9 rebounds per game) have also been steady presences in their starting roles.

On the other end of the spectrum was the 101-44 pummeling that CSUN took last week at the hands of No. 11 Washington. The team’s other wins and losses have come in the middle of that point span.

Playing ranked competition will certainly help the young Matadors grow and develop as they approach Big West play in January. They faced No. 10 Stanford in November, as well.

While there are no “moral victories” in sports, the MSU game matched the vascilating theme that has plagued the Matador season to date. There have been numerous times where they have had opportunities to win late, but couldn’t quite finish. There have been both flashes of brilliance and flashes of the growing pains that come with rebuilding – something Flowers has had to do since the 2015 graduation of his starting five.

“They’re just a group that’s learning how to win right in front of our eyes,” Flowers said of the current team.

The seventh-year coach has been down this road before, inheriting a dilapidated program that he turned into an NCAA Tournament team two years in a row, in 2014 and 2015. Last year they went 7-24, and in the first ten games of this season, they have taken the next step in the maturation process.

That potential was clearly on display during their game last month at Fresno State. The Matadors went into halftime facing a 15-point deficit, but went on a 20-2 fourth quarter run to stun the Bulldogs and win their first game against that program since 1975.

“Our team has shown the ability to do some really good things, and now we have to find a way to consistently do those things,” Flowers said. 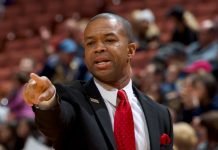 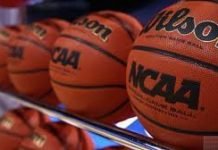 Pac-12 preview: the University of Utah