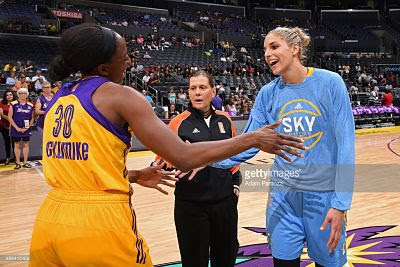 The anger in our society right now is palpable, and frightening. And it seemed to spike this week, as most every night I got home, there was news of another killing: Alton Sterling Tuesday, Philando Castile Wednesday; a contingent of Dallas police officers Thursday.

News began to spread of the Dallas massacre as I was online, digesting the night’s WNBA results. Quickly I realized that talking about any sports that night would be inappropriate. In the face of death – and especially terrorist activity – what is truly real and important is glaringly evident.

In the United States we enjoy First World privileges, as we are afforded the luxury of paying attention to and worrying about sports. But as racial tension and murder become more the norm, as they seem to have recently, we don’t get that joy.

For many many years I have sought daily to strike a balance between staying informed of world events enough to know what’s going on, and not paying too much attention, lest I get upset. That has become a serious challenge recently. Women’s basketball and sports are a wonderful world in which to be lost, because they are great societal equalizers. In sports you can forget about racism and discrimination, class and other differences, because all are equal on the playing field. Athletes, more than most groups, can see that very plainly. Next month during the Olympics, we will watch athletes from every country, of all colors, embracing and sharing words. It’s the way the world should be every day.

Women’s college and WNBA basketball is even more exceptional because athletes don’t tend to subscribe to homophobia, either. Like every sport, the WBB world is a small one, full of athletes who have often played together or against one another before, via the club ball circuit, in high school or college. They seem to consider each other family, regardless of race, sexual orientation or religious/spiritual beliefs. Is it any wonder I choose to get lost in the world of women’s hoops? In the ways of socialization and community, it is an ideal world.

As we seek solutions and change as a nation, I will continue to run back to women’s basketball as often and as many times as is appropriate. It is a beautiful refuge from an increasingly incomprehensible world, and I am very grateful for the women who play our game. 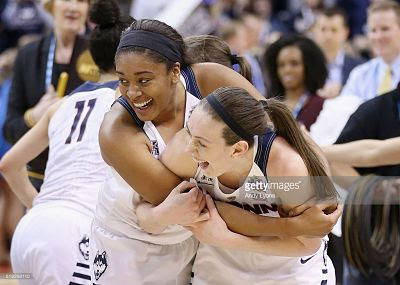 “Why not us?” Well, you’re playing Connecticut in Storrs

Oklahoma State returns to the court with a win