It was an unexpected blowout, as the Dukes are a solid team that has made the NCAA Tournament for the last 10 years straight. But with the September loss of top scorer Precious Hall to an ACL tear, the Dukes are looking for someone to fill in the gap.

The Bruins, in their second counting game, continue to look like a much-evolved team from last season when there were five freshmen on the roster. Jordin Canada, who was the top scorer against St. John’s last week, got a slower start Friday night. Nirra Fields, in the meantime, reeled off 10 points in the first quarter and another 10 in the second. Both players, who were on the rosters for the USA and Canada, respectively, at last summer’s World University Games, benefited tremendously from the experience, which shows in their play.

The entire UCLA squad performs more like a team this season, and visibly has more on-court confidence. They should finish near the top of the Pac-12 conference. 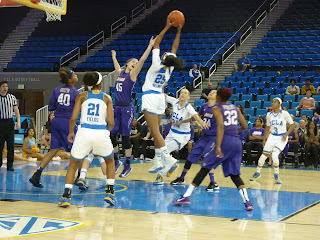 Monique Billings snags a rebound for the Bruins in the first half. 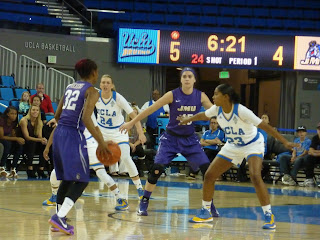 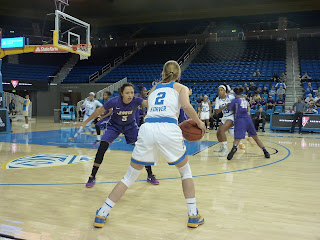 Kari Korver runs the play for the Bruins. 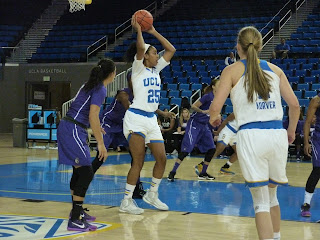 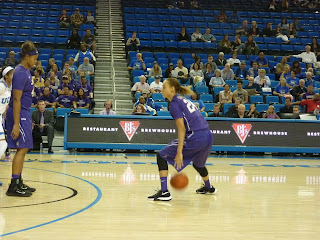 Jazmon Gwathmey takes the ball inside the key for the Dukes.

Las Vegas puts on a show

The basketball world slows down just a little

Record-smashing night by the Seattle Storm

Maya Moore, Elena Delle Donne are players of the week