The Los Angeles Sparks opened training camp today with several still missing from their 19-player roster. Coach Carol Ross said she expected everyone to be back by the end of the week. 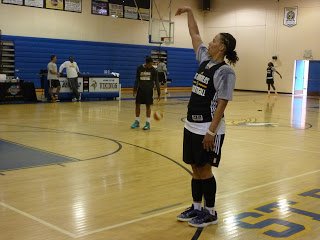 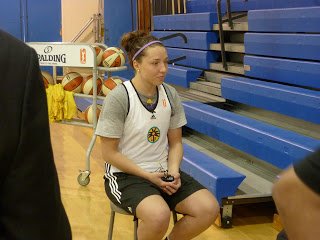 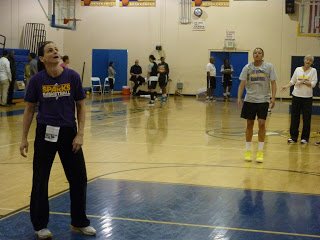 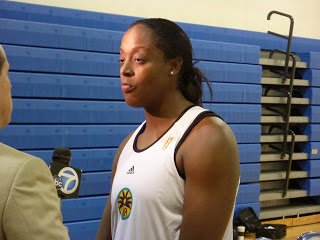 “Anytime you have a chance to bring people into camp, you want to seize the moment. It’s an 11-player roster (maximum), but you want to get a look at people and see how they compete at the highest level. You want to give them opportunity to get in front of you so they can be seen.”

So you have an open mind as to who will make the roster?

“I do. They’ll start separating themselves. Today is just the first day and everyone’s getting back in rhythm. Some are coming out of college, some are returning from overseas….at the end of the day we’re trying to speak the same language, and that’s basketball.”

Are there any positions/players that are guaranteed?

Everybody’s looking at Phoenix, but how do you see the Sparks lineup?

“Everybody’s talking about really everybody but us, and that’s fine. We’ve still got things to prove to ourselves. I don’t have anybody I’d trade in. Championships aren’t won by talent, though it helps to have it. But it’s the intangibles that separate teams: the toughness mentally, the toughness physically, the ability to adjust styles of play, being deep enough, and you’ve got to be lucky. There are a lot of number one-ranked teams that don’t end up being number one. On any given night, anything can happen.”

“I wouldn’t talk about us. We haven’t proved anything – we’ve got to prove something. We’ll have pressure, and it’ll come from within. We’re not defending anything; we’re fighting for something.”

This isn’t the day to be from Texas