For the first several minutes it looked like WCAS wouldn’t have a problem taking this game, because they clearly have some talented athletes on their team. Briteesha Solomon stood out in particular, with her shooting ability and quick penetration to the rack. But the Style took advantage of the fact that the San Diego-based squad wasn’t playing as a team, and they also out-hustled them. What was a nine-point lead at halftime for the Style turned into a 20-point win.

Many of the players on WCAS go to Mission Bay High School in San Diego, and play for coach Sade Wiley-Gatewood. The club team was started by Wiley-Gatewood’s parents; I met Jerry Gatewood yesterday. His daughter wasn’t present.

Gold is loaded with high-profile players like Erica McCall, Jordin Canada and Courtney Jaco. The score was close for only a few minutes before Gold broke it open and turned it into a blowout. No one had a bad game.

McCall told me before the game that she enjoyed her recent visit to UConn, but she is keeping her options open at the moment in choosing a college.

EBX is a good team and is not used to being thrashed. And they did a fairly good job on Team Concept star, #1-ranked Mercedes Russell, who they held to 10 points. But TC has too many other good players, and when Russell was being limited, they all stepped up. For being from all corners of the Northwest, TC plays together extremely well. It is no wonder they’ve become such a force on the club ball circuit so quickly.

TC plays plays the Arizona Warriors this morning in the semifinals. They are expected to advance to play Cal Sparks Gold in the tournament championship game this evening.

NCAA coaches showed up in particular to catch Cal Sparks Gold and Team Concept, but healthy crowds remained throughout the day. It was encouraging to see such respected coaches as Dean Lockwood, Bonnie Henrickson and Geno Auriemma on hand for most of the day. I saw representatives from every Pac-12 team except Colorado. 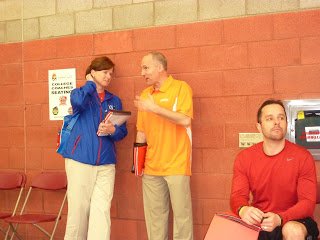 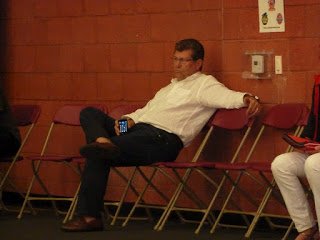 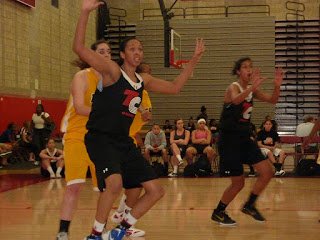 Mercedes Russell calls for the ball during Team Concept’s game. 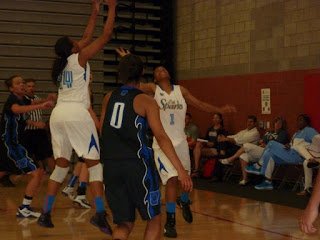