Yesterday’s Cali High School Showcase 2011, at Cal State Dominguez Hills, brought out some of Southern California’s top teams. And it’s true: the basketball world order in this part of the universe has changed.

The score is deceptive, because Serra kept the game close most of the way, and dominated for stretches at a time. They lead last year’s state champion Monarchs 26-23 at halftime, and it took Mater Dei several minutes in the second period to get going. The Monarchs earned a 40-30 lead by the 8:01 mark, but the Cavaliers chipped away and closed the gap to 39-42 by 5:55. Mater Dei kept working, and had an eight-point lead with over two minutes to play, which they were able to extend by the buzzer.

Serra, in Gardena, has been a few pieces short of greatness for the last few years, and now they might finally have a winning assembly. Assistant Coach Derek Gray said three transfers have helped the team tremendously – especially two from Morningside High School: point guard Deandrea Toler, and 6-foot-3 center Tatiana Howard. The Cavaliers are a threat both inside and outside the paint, and they use stifling pressure defense to their advantage.

Mater Dei has lost Alexyz Vaioletama, Kaleena Mosqueda-Lewis and Jessica Duarte, and they are noticably smaller this season. Adding to matters yesterday was the absence of star senior point guard Jordan Adams, who Coach Kevin Kiernan said was in Arizona at a photo shoot for next month’s Nike Tournament of Champions.

Kiernan said the team had practiced for two hours that morning. Once they realized they couldn’t press Serra, they stuck to a half-court game, he said.

“We were a little slow, but it’s about what I expected for the first game of the season and practice the same day,” Kiernan said. “We’re going to be OK.”

Since the Monarchs will be smaller this year, Kiernan said they will become more of a running team. 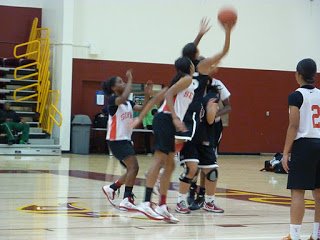 The scramble for the first-half rebound goes to Mater Dei (dark uniforms). 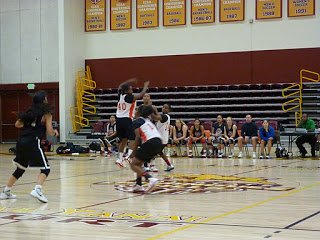 Serra made things difficult for Mater Dei with their full-court press. 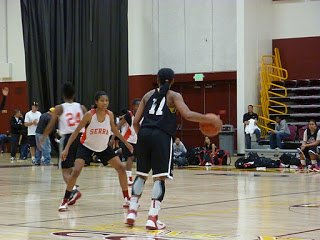 Nirra Fields, who just committed to UCLA, debates her options. 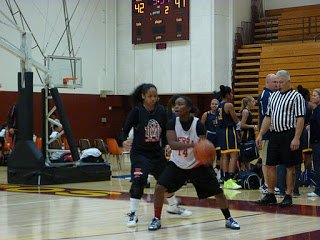 St. Anthony’s, coached by SoCal legend James Anderson, has had its ups and downs the last few years. Yesterday against the annually consistent Bishop Montgomery, they were on a down side. Jourdan Cooper has graduated, but her sister Kendall still covers forward and center duties.

Bishop, looking small and speedy as always, dominated the mid-afternoon matchup from start to finish. 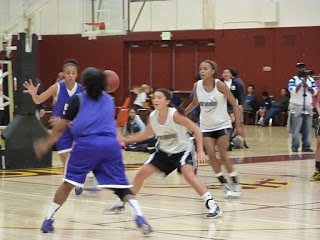 St. Anthony’s Sequoia Hernandez passes to a teammate in the first half of play. 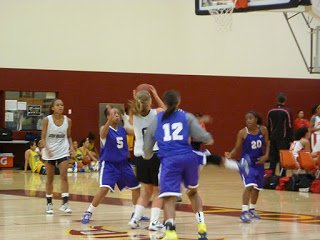 Bishop Montgomery comes up with the rebound.

This game was surprising because Etiwanda is usually a strong team; their record last year as 24-4. But it seems that losing six seniors has taken its toll. Millikan, which has had a few “down” years of late, may be back on top. They used pressure defense to take the Eagles out of their rhythm and keep them from doing much scoring or rebounding.

A couple Ram players were very impressive – especially their ferocious short point guard, who attacked with a basketball better than most people do with their fists. Unfortunately, Coach Lorene Morgan has no roster up for the year yet, so I don’t know the young woman’s name. 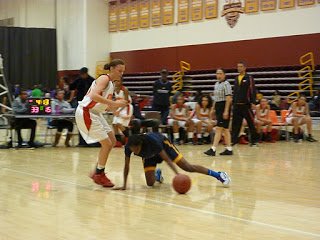 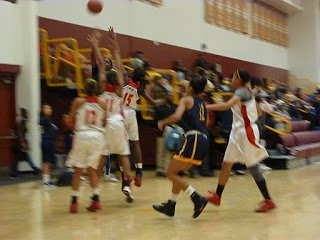 ….but recovers for the drive and shot. 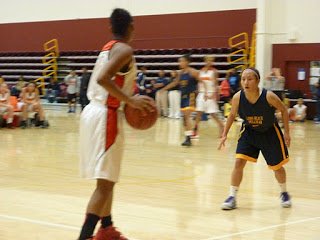 Etiwanda had trouble getting to the rack because of the Rams’ defense. 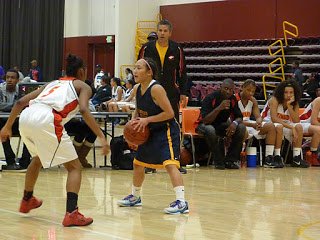 Millikan’s offense was clicking largely because of their pint-sized, insanely aggressive point guard.

Once again, Serra proved that they’re not messing around this year against a traditional Southern California powerhouse.

Poly’s ranks have thinned this season, from their usual 15-18 to a roster of nine. Gone is Ariya Crook-Williams, who now plays for USC. In her place is a young squad lead by senior guard/forward Destiny King, who has been turning heads on the court since she was a sophomore, and Keyla Morgan, a junior guard with explosive athletic ability.

The Jackrabbits kept the lead throughout, boasting a 21-14 margin at halftime and a 27-16 lead at 8:48. But the Cavaliers played them hard with not only their defense, but their relentlessness on the boards. In the last minute of the contest, Serra went on a scoring rampage and closed the gap to 41-42 with 15 seconds to go. But then they fouled King, who made both shots at 4.5 seconds, and then Poly stole the Cavaliers’ inbounds pass to seal the victory. 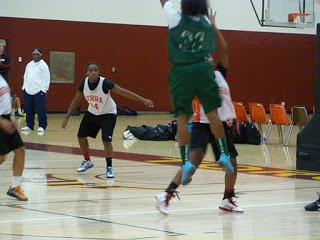 Look at the height that Poly junior guard Keyla Morgan attains on this first-half jumper. 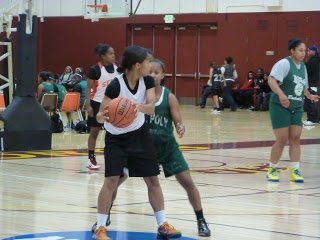 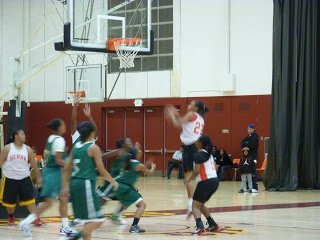 Serra grabbed a lot of rebounds, including this one. 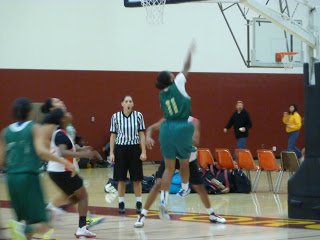 Poly guard puts up a shot.

It’s a whole new high school basketball world in SoCal, and I’m still trying to figure it out.