Professional basketball skills trainer Sherrise Smith has run a fall league at the Westchester Recreation Center in Los Angeles since 2006. Recently I checked it out.

There are 6-8 teams comprised of players from both public and private schools. Smith said this gives players a chance to compete against schools they would not normally meet during the regular season.

Smith coaches one of the teams – Team X – that includes players who train with her.

“I have them play together in the league so they can work on the skills they have been working on in our sessions in a no-pressure environment,” Smith said.

Smith, who played at UC Berkeley, was a renowned player who regularly competed with men. She founded Got Game Basketball Academy several years ago.

“In this Academy I unite former female players to instruct and mentor them in drills that increase on court skills and understanding of the game,” Smith said. “I organize and direct camps/clinics for Got Game and for pro athletes such as Lisa Leslie, Candace Parker and Jessica Moore.

“The Academy offers players the ability to improve their skill on a year-round basis.”

Smith also runs an elite college/pro summer league for current/former collegiate and international pros that begins in June of each year. 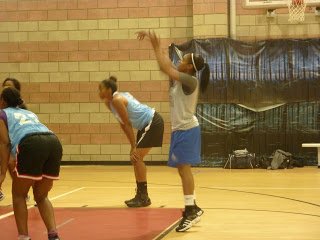 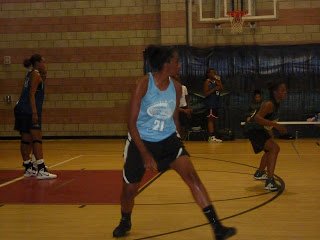 Swain steps out on defense. 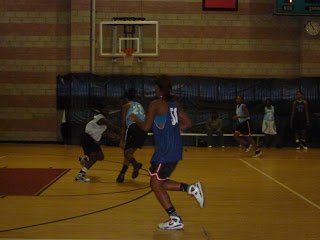 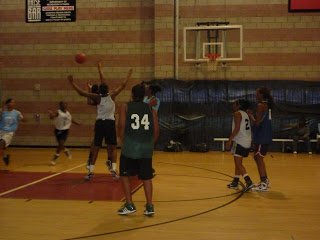 One more into the playoffs