UCLA season ticket holders were treated to dinner at the amazing home of some Bruin supporters this afternoon. It gave the 50-60 of us a chance to talk with players and staff, other fans, and hear from all the coaches.

I loved learning what each player’s major is, and getting to talk briefly with most of them. I’m not exaggerating when I say I like everyone on the team. What a nice group of young women. The cute award went to junior Rebekah Gardner and her sister, freshmen Rhema Gardner, who shared the same chair at the table and giggled and laughed. They look like sisters.

Coach Nikki Caldwell addressed the group and related tales, techniques and focuses in practice. I can’t give away any secrets, but I was very impressed. One thing I can mention is that Caldwell talked about how hard the team has worked since last spring.

“We will make you proud,” she promised.

Caldwell is quite a motivator. I’m even more excited for the start of the season than I was before. She and her coaching staff and team have some big goals, they work hard, and they believe. That’s a winning combination.

There were also some funny tales related, and the coaches and team each have a long sense of humor – also a good sign.

Things I didn’t know about assistant coaches Tasha Butts, Tony Perotti and Stacie Terry: Butts was trying out for the Atlanta Dream when she got her present job; Perotti had practically rented his moving truck before he got off the phone with Caldwell and is thrilled to be at UCLA; Terry has been coaching for 12 years. 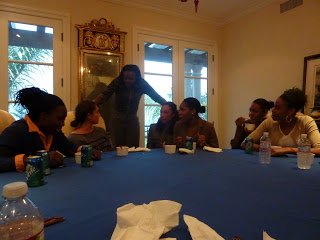 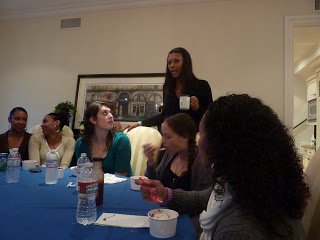 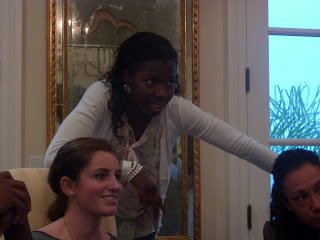 Markel Walker, with Shepard and Terry, is a crackup. She’s excited about not being a freshman anymore, too. 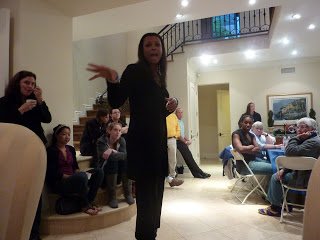 Caldwell talks to the season ticket holders in attendance. Her passion for her team came through loud and clear. I am three times as excited about the start of the season than I was before. 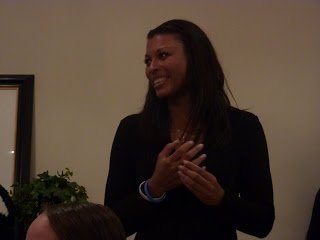 Kellie Harper out at NC State

A bit of parity in the WNBA