The two teams battled evenly throughout the first half, as Spiece penetrated the key at will to score and the Sparks were grabbing rebounds and shooting well. But Spiece picked up their shooting and started nailing buckets, and the Sparks missed some key layups. Sparks’ center Reshanda Gray also had to sit out a significant portion of the period in foul trouble. Spiece was up 29-26 at the half.

In the second period Gray came back, and the Sparks started moving the ball faster. They stayed ahead by about 10 points for most of the half, and withstood a small Spiece run at the end, which briefly cut the lead to eight points.

Sparks Gold had just come off a tournament victory last weekend, when they took the Michael T. White West title at Mater Dei High School in Santa Ana, CA. But the FILA win was even more impressive because they had only two-thirds of their team, as four players didn’t make the trip to Suwanee, GA.

“The girls did an incredible job of playing together as a team,” Sparks Coach and Director Elbert Kinnebrew said.

This was the first FILA Nationals win for the Sparks, whom Kinnebrew correctly prophesized last December as his “deepest team ever.” 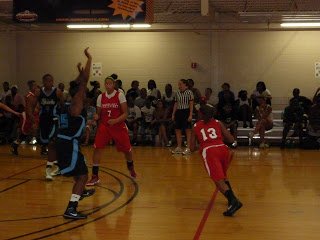 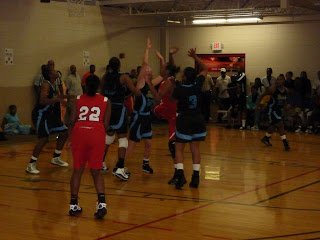 ….and penetrates for the score. Goss, the engine for her team, will be a senior this fall. 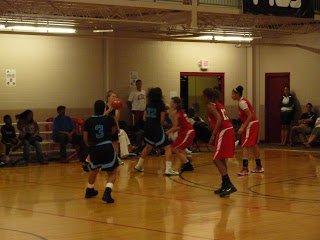 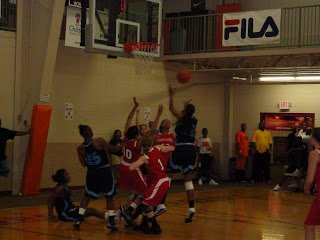 U18 gold medalist Reshanda Gray (far left) lands on the ground after being fouled while putting up a shot. 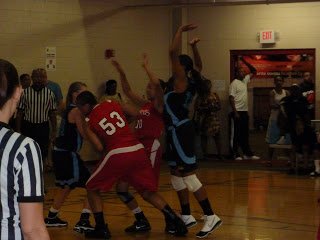 Players from both teams wrestle for the ball in the second half. 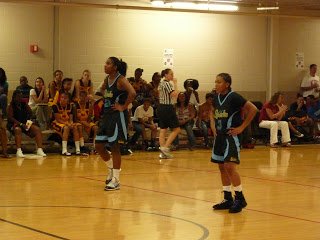 Sparks Gold took a commanding lead in the second half. Here, as time winds down, Gray and Crook-Williams forego the press and wait for Spiece to inbound the ball. 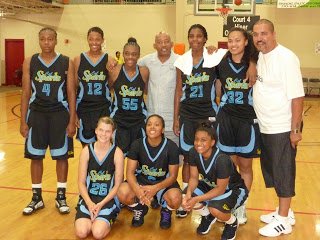 Yet another night of milestones

IUPUI coach “terminated without cause”

Pat Summitt has received an outpouring of love