I took my favorite college point guard to the game today, and she hadn’t been to see the Sparks live yet this year. So with fresh eyes, she’s a better judge than those of us who have been watching this pain for a month now. I’ll let her live game comments tell the story.

“Too much one-on-one ball! They need to pass the ball!”

“People are just trying to score and are hogging the ball.”

“Their inside-the-paint D is horrible. Why don’t they go zone?”

“They really move the ball well.”

“They know exactly where each other is during the play and out of the play.”

“Their defense is stifling.”

I wish this hadn’t been on TV.

But Seattle’s my second-favorite team, and if they win it all this year, I won’t be sad at all. They’ve worked hard for years and it shows. They’ve also had the same core group of players for the last several seasons. Think that makes a difference? Hell yeah it does. 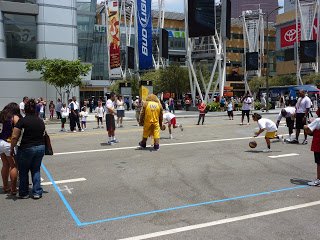 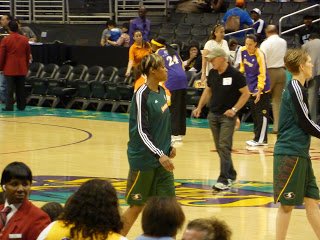 The Storm have some mild hair issues. What is Ashley Robinson doing here? The other side of her head is not dyed. 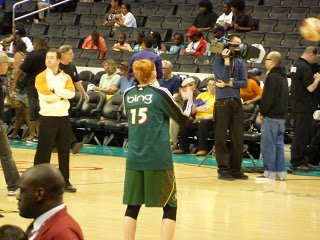 Lauren Jackson, sporting orange this year, may have set the tone for those hair issues. 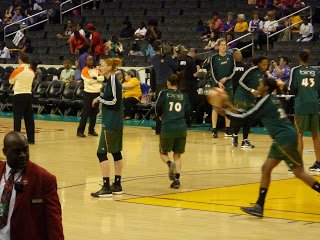 Sue Bird had a great warm-up. It was obvious her back wasn’t bothering her, and I could tell she was going to have a good game. 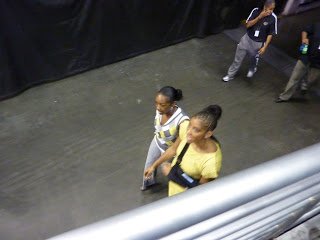 Candace Parker walks into the arena for the first time in several weeks after having shoulder surgery Monday. 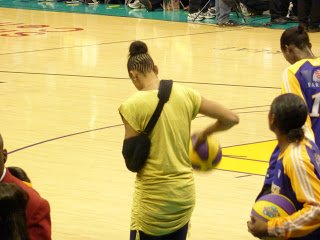 Candace seemed to miss playing, as she took one of the balls used for the pre-game event and dribbled it a few times…… 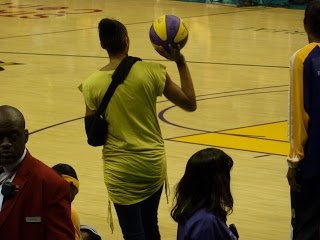 …palmed it and twisted it up. 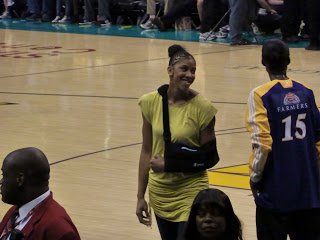 She then shared a laugh with someone before taking her seat. 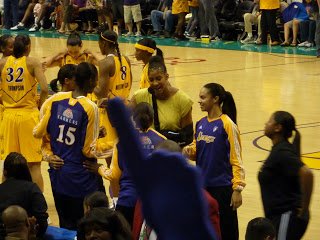 A few people on the Sparks message board like to say that the Sparks have no leader anymore since Lisa Leslie is retired. I see something different. Today Candace Parker was back talking to the starters emphatically before they took the floor for tipoff – something she always does. 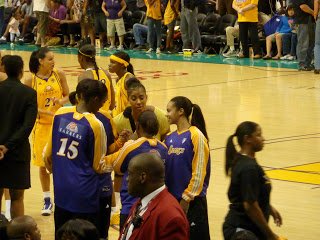 She kept talking to them….. 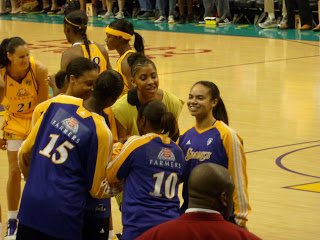 ….and even made them laugh. Looks like a leader to me. She was that at Tennessee, so the role isn’t new to her. 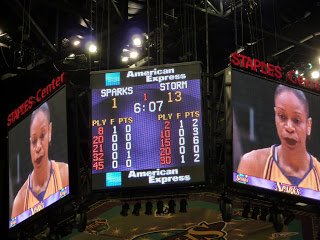 The Sparks started out so slowly that this was their first point of the game – a Tina Thompson free throw. 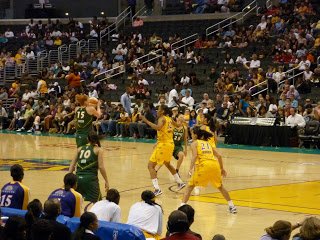 The Storm’s offense is very effective because they cut and screen instead of standing around like the Sparks. Here, Svetlana Abrosimova’s pass has just reached Lauren Jackson’s hands, but Svet is long gone and making the plant to cut. 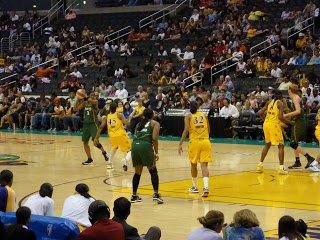 Swin Cash looks to pass in the second quarter. She was hot today and finished with 18 points. 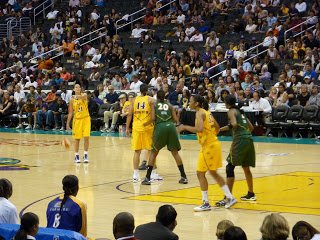 Ticha Penicheiro sets it up and calls out directions in the third quarter. 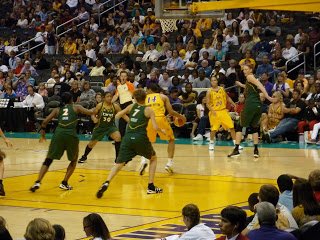 Kristi Tolliver has a nice bounce pass to Lindsay Wisdom-Hylton, but she is surrounded by the swarming Storm defense. 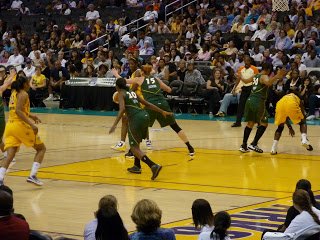 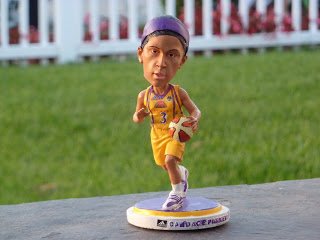 Here’s the Candace Parker bobblehead we received today. It doesn’t look anything like her, but I admire the attempt. It’s sitting on my desk right now. 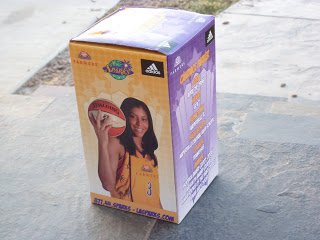 The box was so cool. Here’s two sides of it. 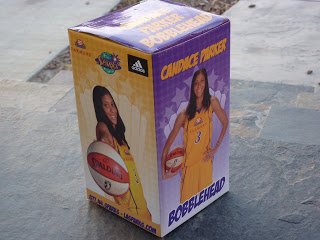 The other two sides.

Why do they keep Chanel Mokango if they never let her play? Why not get another center who could actually contribute?

Why did they keep Riley and cut Bobbitt? Riley hasn’t played in two weeks.

Anosike suspended due to injury?