The defense doesn’t seem to have improved one bit; Liberty had 35 rebounds to the Sparks’ 22.

Fans are chanting “Maya Moore” at times, in reference to their hope that we’ll get the first pick next year for finishing last this year.

Fans really tried to boost the team on tonight. They want something to cheer about so badly. It’s sad.

People that sit in the rows behind the Sparks bench and watch what goes on there said there was tension tonight.

A lot of season ticket holders and long-timers left early.

I don’t have anything else to day; I’ve already said it. 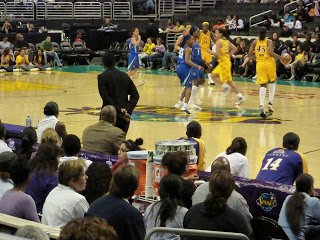 Only three on the bench tonight: Chanel Mokango, Andrea Riley and Lindsay Wisdom-Hylton. 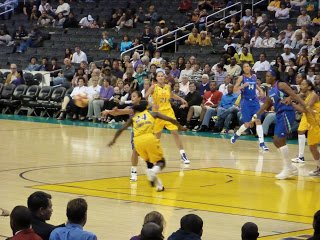 Liberty PG Leilani Mitchell responds to Marie Ferdinand-Harris’ pressure in the first quarter and gets the ball off to a teammate. 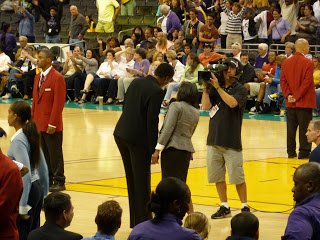 I guess this game was on TV, as Sparks Coach Jennifer Gillom was interviewed at the end of the first quarter while her assistant coach did huddle duties. 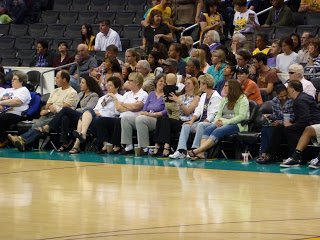 Kathy and Carla play with Carla’s son Jackson during the timeout. 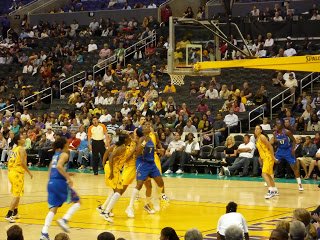 Essence Carson (far right) knocks one down for the Liberty in the second quarter. 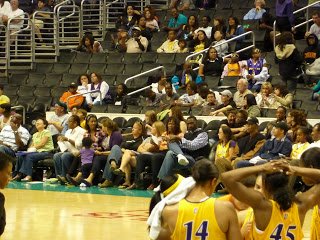 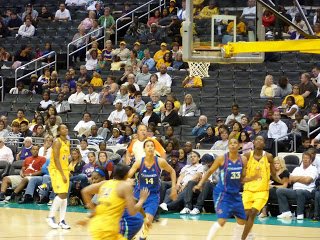 Don’t know how I missed this great peace about Ace and Ice being out for the season. But it’s sad indeed.

So much news this week