Things were still coming together today as the popular showcase leauge kicked off its annual run: teams, schedules, game times. But it will all come together and the website will soon be updated, league director Rhonda Windham said.

Just Say No, in its 20th year, features players from all levels, from those who have just graduated high school to a few post-graduates. Division I, II and III players and junior colleges are all represented. Here’s a story I wrote about it last year.

Though not all players on all teams were there today, some usual suspects were in the house….. 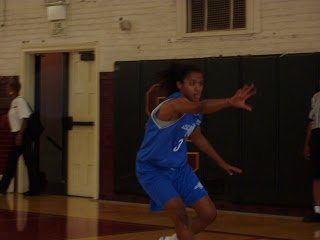 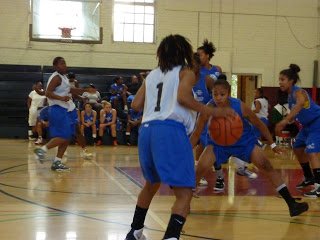 ….as well as LA and junior college star point guard Mykiea Russell, who guided defending champions Fastbreak to a win over Cal State LA today despite having only five players.

I’ll post more the minute I get the info.

Mercury, Dream advance in first round