Boo kept a small lead throughout most of the game. Then with six minutes left to go, the Cal Sparks surged and tied it up at 35. Boo responded with a 13-0 run and kept the pressure on to close out the win. No diss on anyone, but no one from either team stood out particularly except Ariya Crook-Williams, the Sparks’ point guard. She was hustling and made a bunch of amazing passes. Most of her teammates couldn’t finish for her, though.

Boo had barely beat EBX Black, 43-36 Saturday afternoon, and they did lose to DFW Saturday night. So I wasn’t that impressed, to be honest. But maybe they just didn’t have their best tournament. You wonder what would have happened if they hadn’t forfeited their semifinal rematch with DFW yesterday. 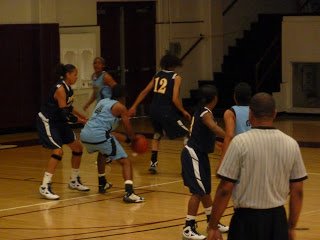 Cal Sparks Gold’s DeAjanae Scurry (light uniform #4) drives to the basket in the first half. 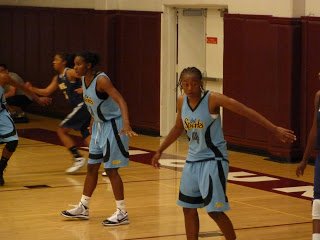 Reshanda “Too Tall” Gray and Scurry hold the defensive line. 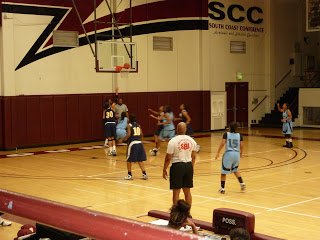 Boo drives to the hoop in the second half. 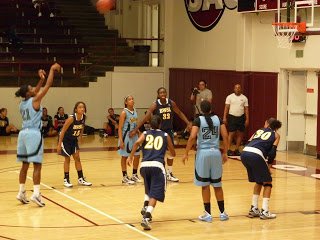 Hoopgurlz’ Glenn Nelson, in background with camera, seems to like Too Tall, as he was taking pictures of her at two games this weekend. 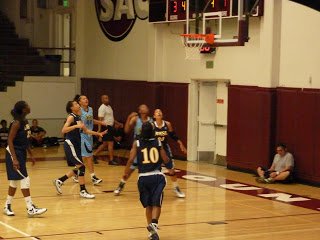 Boo came on strong in the second half to close out the win. 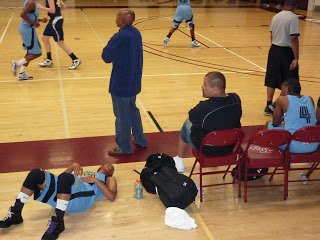 ESPN’s Chris Hansen is as impressed with Moriah Jefferson of DFW as IM in OC and I were. 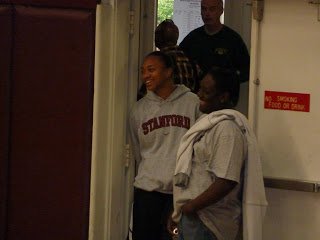 While Boo and the Sparks were finishing up, West Coast Premier came in because they were playing the next game. Alexyz Vaioletama was wearing a Stanford sweatshirt. I wonder if that means anything.

Diana Taurasi suspended for two games without pay for DUI